Whew. It’s been a tough year in the Dunning household. I’m not writing this to appeal for sympathy but rather out of exasperation. And, as always, it’s all about Usher syndrome even when it is not. In this case, it’s about Bella and her belly. 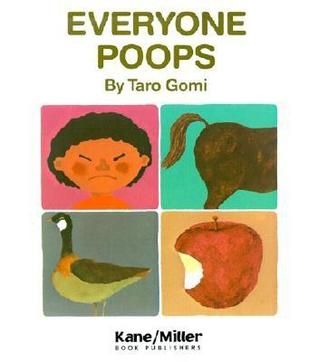 Bella has been experiencing severe abdominal pain. This led to a hundred million tests (an estimate) and an eventual diagnosis of Crohn's disease. [Quick aside: Gastroenterologist offices are the best. Bella and I read children’s books together entitled The Gas We Pass: The Story of Farts, Everyone Poops and The Moose with Loose Poops. It probably goes without saying that we found them thoroughly enjoyable.]

OK, back to Crohn’s. First off: Are you kidding me!? Bella already has a disease, thank you. She didn’t ask for seconds especially one that she’ll probably deal with for the rest of her life. What did this poor kid do to anger the Fates?

Secondly, while Crohn’s sucks, it doesn’t suck as bad as Usher. There are treatments (imagine that!). It’s a lot of pills and it will require a lot of diet management, but she should be fine. She just won’t be eating any more hot fudge sundaes. At least her waistline can thank the Fates. There is a worst case that involves colectomies and colostomy bags, but the impression I get from the doctors is that is an unlikely outcome for Bella.

This is where I’m reminded of a quote from the movie Apollo 13. After a series of disasters on the mission, the flight director is told that there is a typhoon warning on the edge of the place where the astronauts are due to splash down. The weather guy says, “Now this is just a warning. It could miss them.” To which the flight director responds, “Yeah, only if their luck changes.” That’s Bella. A colectomy is just a warning. She probably won’t need it but only if her luck changes.

Julia and I were both there with Bella when the doctor gave us his diagnosis. It was painful and heavy. Julia wilted visibly. And yet all I could think about was Usher syndrome. Stupid Usher syndrome!

I thought about clinical trials. I don’t know if I would ever want Bella involved in a trial. A trial isn’t a treatment. It’s testing a treatment. It might work, it might not. But it would be nice to have the option. Would that still be possible? Candidates are often culled from clinical trials because of other conditions. The investigators don’t want to have to account for the impact of those conditions on the treatment. And all those pills! Most studies don’t want the candidates taking other medications. It skews the results.

Worse still, what happens when there are treatments that reach the clinic? Would a physician be willing to recommend a potential Usher treatment to someone with Crohn’s? Physicians are a cautious lot. If a treatment hasn’t been tested under certain conditions, they are loath to prescribe it. So will Bella have to wait for treatments that are available to others? Did my daughter just drop to last on the list for treatments? Maybe not, but only if her luck changes.

Actually her luck may already be turning. She is going to participate in a study. It’s just not an Usher study. It’s for Crohn’s. It requires her to take a sample of her poop every two weeks and send it to a lab for testing. The onerous process didn’t deter her from volunteering. She agreed to do it even before the doctor explained the one reward: for each shipment Bella gets $25. She is literally turning her poop into gold. The mailman is not going to want to stop at our house any longer.

I honestly couldn’t think of a better (or more disgusting) metaphor for the way Bella lives her life. Julia and I have heard so much bad news over the years that we don’t snap under the weight so much as we deflate. Julia and I are pushing 50, but she still looks young (and beautiful). I swear I watched her temporarily age with every word of the diagnosis. Personally, I just wanted to melt on to the floor and be mopped from the tile. But Bella? She just shrugged and said OK. She looked at Julia with vague amusement and said “Don’t worry. I’m not upset about it. Now that I know I can do something about it.” As for the study, another shrug, “I have Crohn’s. I may as well help others with it.”

As always, she turned poop right in to gold.