Own the Equinox Day 2: The Storm of Usher Syndrome

In 2013, Clare was officially diagnosed with Ushers Syndrome type 1B. Clare is from Tampa, Florida and is a recent high school graduate. She was a cheerleader for seven years and was captain her senior year on the varsity squad. In her spare time you can find her outside somewhere with her camera snapping photos, working out at the gym, or curled up in a chair with a good book and a cup of tea. Clare’s plans for the future include her attendance at Samford University in the fall as an English major.​

The spring of my fifteenth year would forever change my life. By definition, spring is heralded as a time of rebirth and growth. For me, it was a winter of sorts, a time of bleakness and obscurity. The fateful spring day of March 22, 2013 transformed everything about me, the way I thought, the way I saw the world, and my perception of myself. It is a day that is etched perfectly into my memory and I suspect it will be that way for the rest of my life. However, just how wonderful my life would turn out to be, I did not know.

It was raining, if it was any other day, I would not remember the rain. I looked out the window during the car ride home and thought about how the weather matched the storm that was brewing inside of me. Tears rolled down my cheeks. My father drove in silence, looking out into the storm while my mother sat with me in the back seat as I took in everything that had happened that day.

After a month of eye doctor appointments, at the last one, a shocking discovery was made that completely transformed my life. I was diagnosed with Usher syndrome that day, a genetic disease that took my hearing and supposedly had claimed most of my vision, leaving me with 30 degrees left of total sight.

Apparently, I had been this way my entire life. Sure, I wore glasses because my vision was slightly blurry but I had no idea that there was more that I was supposed to see. How could I know when I never had my full vision? The good news was that the progression of vision loss was slow. The diagnosis explained why I am deaf. I have worn cochlear implants since before I was two, I can hear and speak due to this scientific miracle. 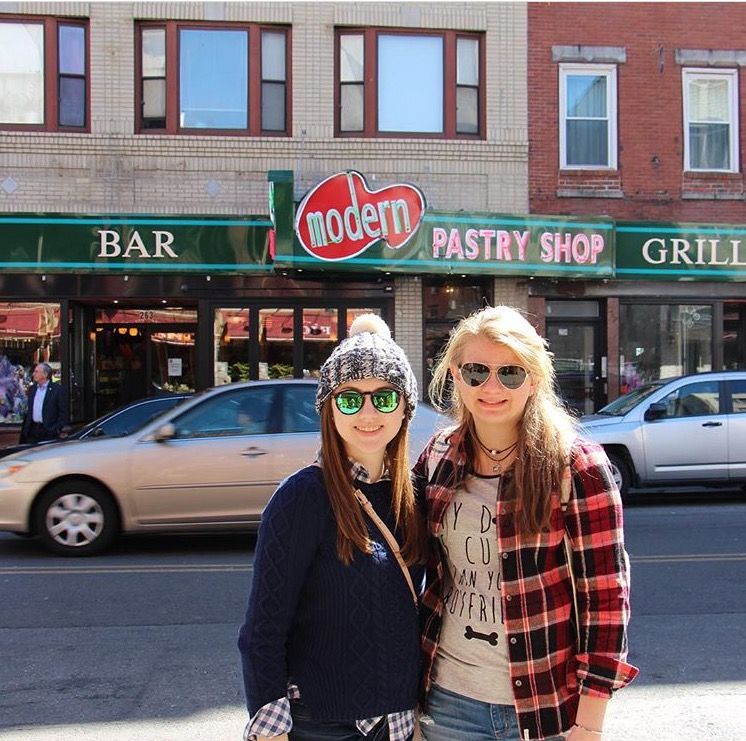 Being the kid with cochlear implants wasn’t easy when I was growing up. I was fortunate enough that I was not bullied but there are other actions that hurt.

I struggled with being different than everyone else. I could not quite join in on large discussions or hang out with a large number of friends, which got worse as I transitioned into middle school as well as high school. Young kids, tweens, and teenagers are usually oblivious to the effect that small actions such as excluding others from conversations can have on someone. More likely than not, they didn’t do it on purpose. They probably were more focused on themselves than the people around them. It took me years, and I mean years, to figure this out.

For the next three years to come after my diagnosis, my emotions and my innermost being were caught in storms of denial, depression, and anxiety. I became withdrawn, moody, easily irritated, and I did not realize that I had some issues until the fall of my junior year.

That year was honestly the most painful thing I have ever been through. I ignored all of the warning signs of depression and I was in denial of it as well as Ushers. Towards the end of my sophomore year, I stopped pretending that I didn’t have a rare disease chipping away at my eyes. I did something even worse. I let that fact consume me.

Rather than thinking about Ushers, I focused on the way I looked. I closely watched what I ate and began to eat less as time went by. That summer, I had lost a good amount of weight and continued to lose more until the end of September. My hair was thinner, my skin had lost its healthy look. I looked thin. I didn’t realize that I was doing it to myself, which was the worst part. I considered it a compliment when someone asked me in a concerned tone if I had lost weight. I would proudly say yes and move on to something else.

My mother had me go to the doctor to see if my blood work indicated any health issues. When they weighed me, the doctor asked me “Why do you want to lose weight?” I didn’t have an answer. I’m not really sure if I ever did. All of my feelings, fear, anxiety, denial, and depression took a toll on me. If my parents and others hadn’t noticed my weight loss, I can honestly say that it probably would have gotten much worse. I eventually gained it all back and I spent the rest of the year focusing on my studies and on getting better both physically and mentally.

The summer before my senior year, something wonderful happened. I can’t really explain how, but one day, the clouds lifted. I was happier than I had been in years. I felt as if I could breathe again, I was renewed. From there on, I was determined to think positive things and focus on what I did have. Then the school year started, my senior year was great. I cared less about what people thought of me and cared more about how I could be a better person.

I’m not saying that I am completely healed or that Usher does not propose challenges for me. There are days where I am reminded of the painful years or I may have a bad day when I may not be my usual silly self. Despite the “Usher Years,” which is what I call those darker times, I was a varsity cheerleader for four years and was one of the captains my senior year. I passed every single AP exam I took. I graduated high school, and I am going to college. I am so thankful that I was able to get better so I could enjoy this wonderful transition period of my life and I cannot wait to see what will happen.

Lastly, the major force behind this was God and I want to share my experience. I was raised in a Christian family, and when I was diagnosed, I was angry with God for allowing something like this to happen. Then one day, I realized something pretty amazing. Out of billions of people, I have a rare disease that affects the 400,000 or so out of the world population. I was chosen, just like the other thousands. He chose us all. I know that He planned it so for many reasons, some of which I know and some I have yet to find out. Think about it, there are so many different ways that my life and that of the others could have been different but this was the one life I was given and I intend to do big things with it because that is what God has planned for me and everyone else to do.

Without Usher, I wouldn’t have gone through those years of darkness. Out of it, I grew stronger. I would not be the person I am today if I did not have Usher. I have been through tough times like many others have done too. There will be more difficult times to face. Remember; you, me, and everyone else have all overcome challenges. By doing so, it has prepared us all for the others that will come and gives the silent assurance that we can handle anything that has been placed on the road through this grand adventure called life.