The Stars and The Moon 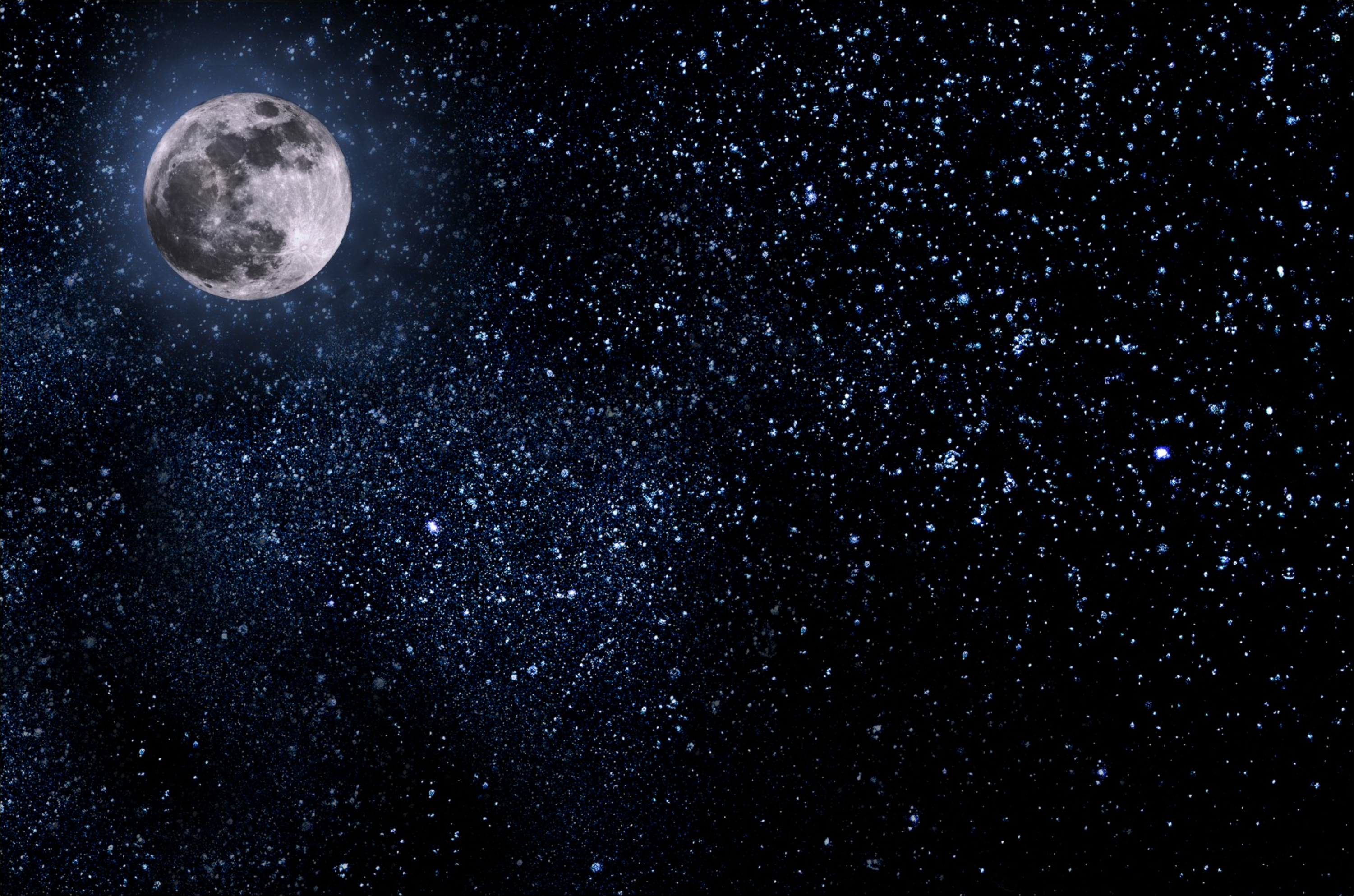 they had turned around on their stellar routes,

in droves, to congregate above a farm

outside the haze and lights of Bombay;

the clear sky was littered with millions

an enchanted me, watching with glee

their twinkle and tinsel, their feet so nimble

dancing, then slipping behind a grey backdrop.

Little did I know it was the final act;

I yearned to see one badly, an aging star obliged

sneaking out of his troupe every night

cloudy or clear, for a tireless solo performance;

they told me, there was none and my eyes conjured one

despite introducing them to my nightly visitor;

maybe it was my father watching out for me

the sparkle, his dentures flashing a knowing smile.

The nebulous star has disappeared on me forever;

these days, I seek my comfort closer

mistaking to be her, each of the throng of lights,

street or otherwise, finally finding her

beyond a veil of silhouetted buildings and trees

after a kind soul points my hand towards

her reflective nature, her gentle demeanor;

when I lock eyes with her, I thank my lucky star.

Mani G. Iyer was born and raised in Bombay, India and has lived in the United States since 1985. He is deaf-blind due to Usher Syndrome. He became deaf by the age of 4, night-blind by the age of 12, and now has very little usable vision. Writing has always been a passion for Mani and he has just completed a writing fellowship at the Vermont Studio Center. He has also just started a writing group called “The Good Word.”