Editor's note: This is a planned public debate between Mark Dunning and Jennifer Phillips, the two primary contributors to this blog. The ideas expressed in the posts during this debate will be purposely provocative and unfinished to invite a response from the other party. We hope you find the discussion valuable.

So the good news here is that Mark and I agree on many of these debate points. This is great because it gives us a stepping off place from which to brainstorm about our common goal of improving the flow of information between researchers, clinicians, and families. The bad news (well, bad for Mark, anyway) is that before I can deal with that good news I have to don my sturdiest firefighting attire and tackle the noxious and incendiary content emanating from portions of Mark's last post. 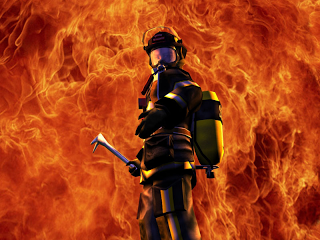 Figure 1: "Dear Dr. Phillips" preparing to rush into the blazing thicket of WRONG!

In the intro to his last debate post, Mark concedes the point that research scientists do, in fact, talk to each other-or does he? After opening with comments that seem contra his original position, he claims to never have held that position in the first place, stating "I merely said that researchers give the impression that they don't talk to each other". Well thanks to the marvels of the internet , we have a handy record of what Mark actually did say, back onApril 29th. To wit:

"Researchers are loathe to discuss any research that is currently underway because until the results are not only in but have been peer reviewed, they can not be trusted to be fact...Many researchers take this secrecy to the point that they won't even discuss what they or others are working on."

Hmmmmm...Well, perhaps he meant to say that "Researchers merely give the impression that they are paranoid control freaks". Either way, I think we can consider this "impression" falsified, at least in the generalized manner in which it was originally applied, and move forward.

Shouting "Fire!" in a crowded Symposium

In mulling over how to reply to Mark's June 3rd post, relating his experiences at the Usher Syndrome Symposium, I reconceived our dialogue in in the form of a 911 transcript. The 'Caller' script recapitulates portions of Mark's lastcontribution to this debate:

Caller: Help, Operator! "Few families actually saw what was going on or heard any of the presentations" and "The information was also brutally technical and scientific"!!

Dispatcher: Stay calm, sir; given that this was a professional conference targeting clinicians and scientists rather than families, unrelenting technobabble was completely appropriate-necessary, even!-to convey the important details of these cutting edge scientific studies.

Caller: But...but, "The Researchers Are Too Distant From Their Real Purpose!" "I got the sense that a child with Usher was a rarity in their lives when, in truth, they probably should all have a picture of a patient with Usher taped above their door."

Dispatcher: Sir, please, you seem to be having difficulty separating your personal investment in identifying a cure for Usher syndrome from other more professional motivations for pursuing research in this area. Let's say you can persuade every researcher currently working on Usher studies to prominently display a picture of an Usher patient. It probably wouldn't be difficult, as you concede that at least some of the researchers you have interacted have acknowledged the important perspective that patient interactions can offer. Then what? Will the presence of these pictures inspire formerly indolent or indifferent researchers to greater works? The insinuation here is that researchers who don't have regular, personal contact with Usher patients (or, indeed, this could easily expand to any basic research field with potential clinical impact) aren't sufficiently motivated to fully apply themselves to their professional endeavors. That's deeply insulting, and, more importantly, spectacularly wrong. To suggest that we're just not that into it because we don't have a personal stake in the outcome is an absurd mischaracterization. It is undeniable that a personal connection to Usher syndrome would be motivating to someone contemplating a career in research and/or medicine. However, it is far from the only motivator, and absent any further evidence, I reject the assertion that this personal stake is a prerequisite for professional commitment.

Caller: Well, yeah, but "In the end, the families are all that matter. Even if you were an empty hearted researcher you would have to recognize that without Usher families, you don't have a job. No one cares about developing an Usher syndrome animal model if no one has Usher syndrome!"

Dispatcher: Sir, human biology is incredibly complex. And within that broad category, Usher syndrome is just one of many phenomenally complex diseases. As thinking feeling human beings, we hope fervently that our research will to contribute to future treatment options. As professional scientists we are required to focus on the really nitty-gritty complexities of the system-and we like it! Most of us didn't become Usher researchers because we know someone with Usher and wanted to help them. Most of us got here because of a deep and abiding interest in understanding complex molecular/cellular sensory processes. Usher syndrome research provides us with abundant complexities to which we can apply our collective decades of scientific training and problem-solving skill sets. Furthermore, just like content of the meeting that you found so dense and unpalatable, it is necessary for scientists to consider the fine and intricate details of Usher pathology at the cellular and molecular level. That we may not also consider the existence of patients and families awaiting a cure from the fruits of our labors during every phase of the experimental process is NOT a liability. In fact, I should think you'd prefer us to have our full attention on the nitty-gritty. Let us attend to the task of figuring out how things work with obsessive, laser-like intensity. Once we gather those data, we can proceed to the logistic steps of incorporating them into a treatment option, but we cannot skip or hasten the first step without running the risk of laying a shaky foundation for all that is to come.

Ok, I think the smoke and fumes have dissipated enough-for now-to get to the more substantive issues. For me, those issues involve identifying ways in which we ALL--Patient families, Clinicians, and Researchers--can improve and expand our communication with each other

The concerns Mark and I have voiced about withholding or selectively disseminating information, about media coverage, and overall about patient access to the research findings that could benefit them are complex, but addressable. The tricky part of this, of course, will be agreeing on the best ways to address these problems. Discussion of the pros and cons of different solutions will, I think, be the principal topic of the remainder of our open debate. I have some specific ideas about how to proceed; I know Mark does too, and it's probably not too much of a stretch to predict that our respective opinions on what constitutes the best choices will not perfectly align. But it's a conversation worth having, and I'm looking forward to the process. As we flesh out some of these ideas for public consumption, I hope that our readers will get involved in the discussion as well, so don't be shy about commenting!