A few years ago there was a 5.8 earthquake in Virginia that literally shook Washington, DC. For people with Usher syndrome, there has now been a similar ground shift in Washington. Yesterday, March 19th, 2015, we held a Congressional briefing on Usher syndrome. It was an incredibly busy and exciting day. In the morning we visited the offices of a number of members of Congress. In the afternoon the briefing was given to a full room and was attended by the staff of more than a dozen key committee members in both the House and the Senate. NEI and NIDCD also sent important representatives. In other words, we had the right audience.

We also had the right speakers. We are very fortunate to have Congressman David Young from Iowa as a supporter of our cause. He came to the briefing and spoke. Members of Congress have busy schedules so they tend to jump in and out of these briefings, leaving their staff to gather the information they need. But Congressmen Young stayed around to hear the next speaker: My daughter Bella. When she finished, the Congressman sat beside Bella, congratulated her, and made an everlasting impression on her life. 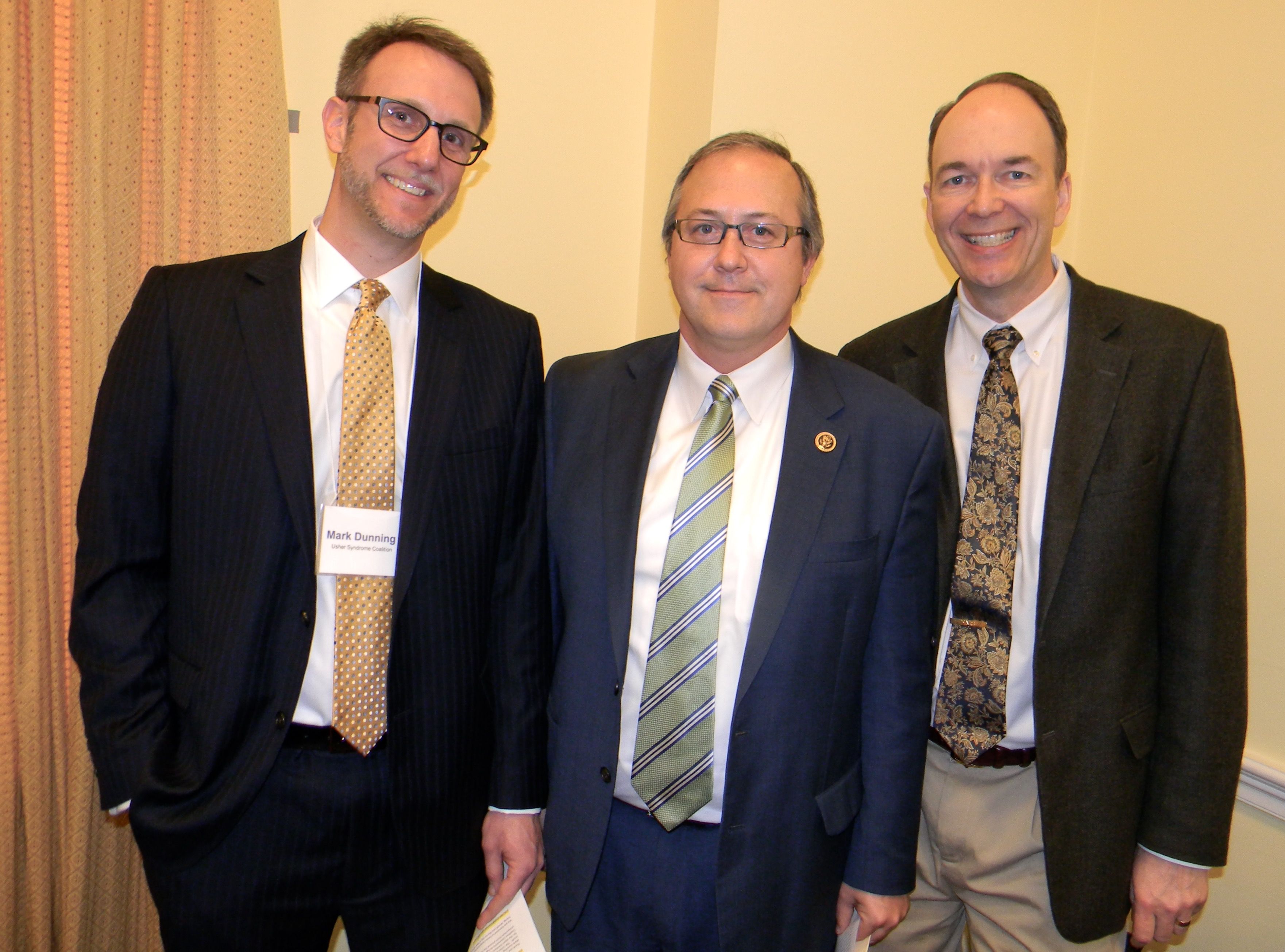 Then our Vice Chair Moira Shea said a few words about her own experiences with Usher before introducing Dr. Edwin Stone from the University of Iowa who conducted the bulk of the briefing. The briefing was taped and we will share it as soon as we have the footage finalized. 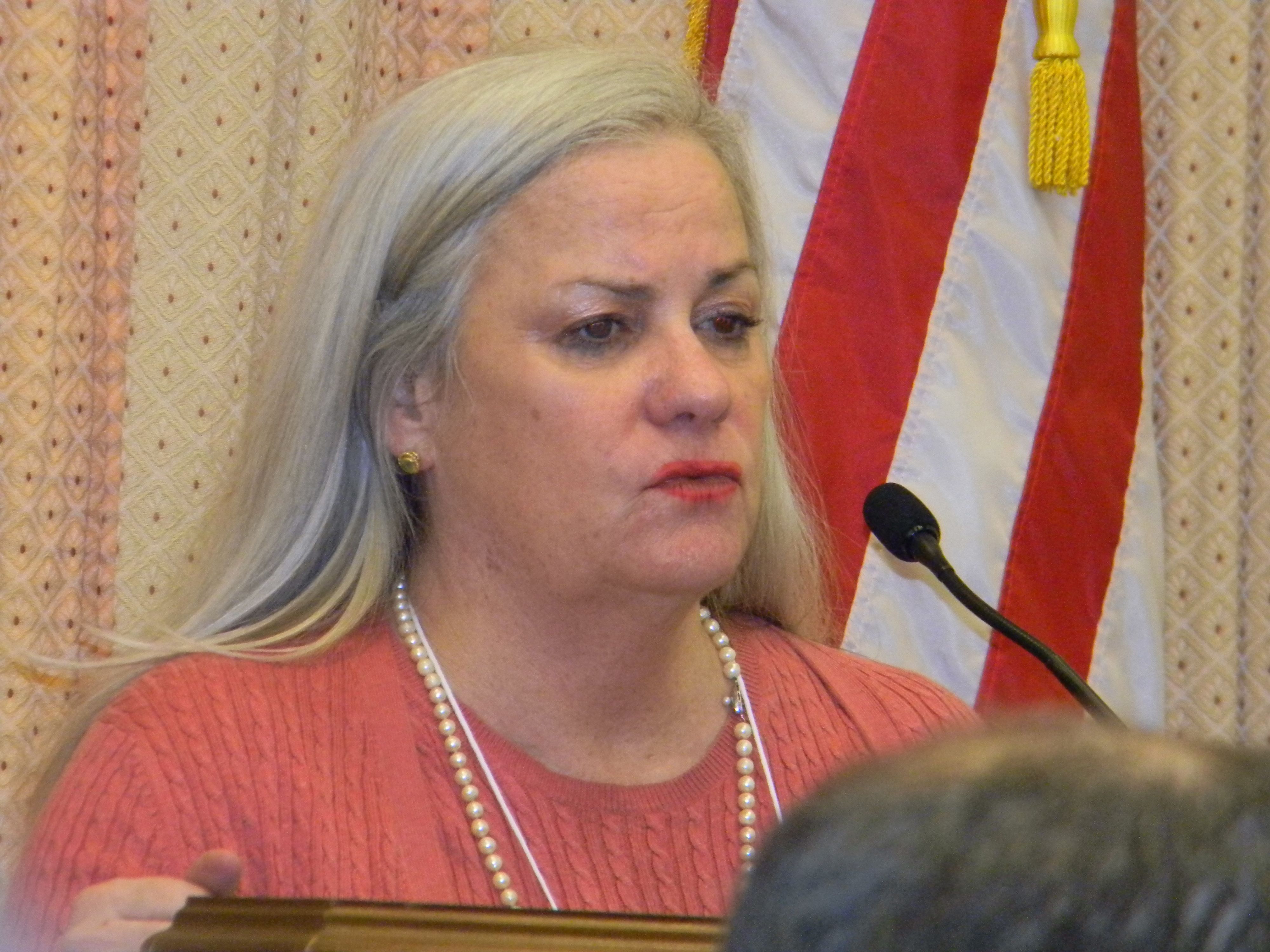 Here’s what you really need to know about our trip to Washington, DC:

NIH has listed Usher syndrome in the categorical disease registry. They spent $19M on Usher syndrome research last year and plan to spend the same amount in the next fiscal year. It is not the $50M we eventually want, but it’s a great start because…

There is no appetite for more spending. We told everyone we would fully support increased funding for NIH and we have offered our support of bills that would increase biomedical research in other ways, but don’t hold your breath. More money isn’t coming. That’s OK because…

NIH helped fund the International Symposium last year and have been eager supporters of the roadmap that will be the outcome of that Symposium. A roadmap endorsed by all the leading Usher syndrome researchers in the world would be very valuable to NIH when they score grant submissions. It will help to ensure that they are spending those precious dollars on the most valuable research. Members of Congress loved the idea of a roadmap because…

Since money is so tight, both Republicans and Democrats really want to know that the money that is there is being spent wisely. They want the $19M already ticketed for Usher syndrome to be spent on the research that will most quickly advance treatments. They want treatments to reach their constituents as quickly as possible. That’s perfect because…

Next year when the Usher Syndrome Coalition comes to visit them, and we will be coming to visit them, we will have a list of all the grants funded by NIH that advanced Usher syndrome research. They are expecting to see the total to be about $19M and they are expecting the grants funded to match those recommended by the roadmap developed by the leading Usher syndrome researchers in the world. 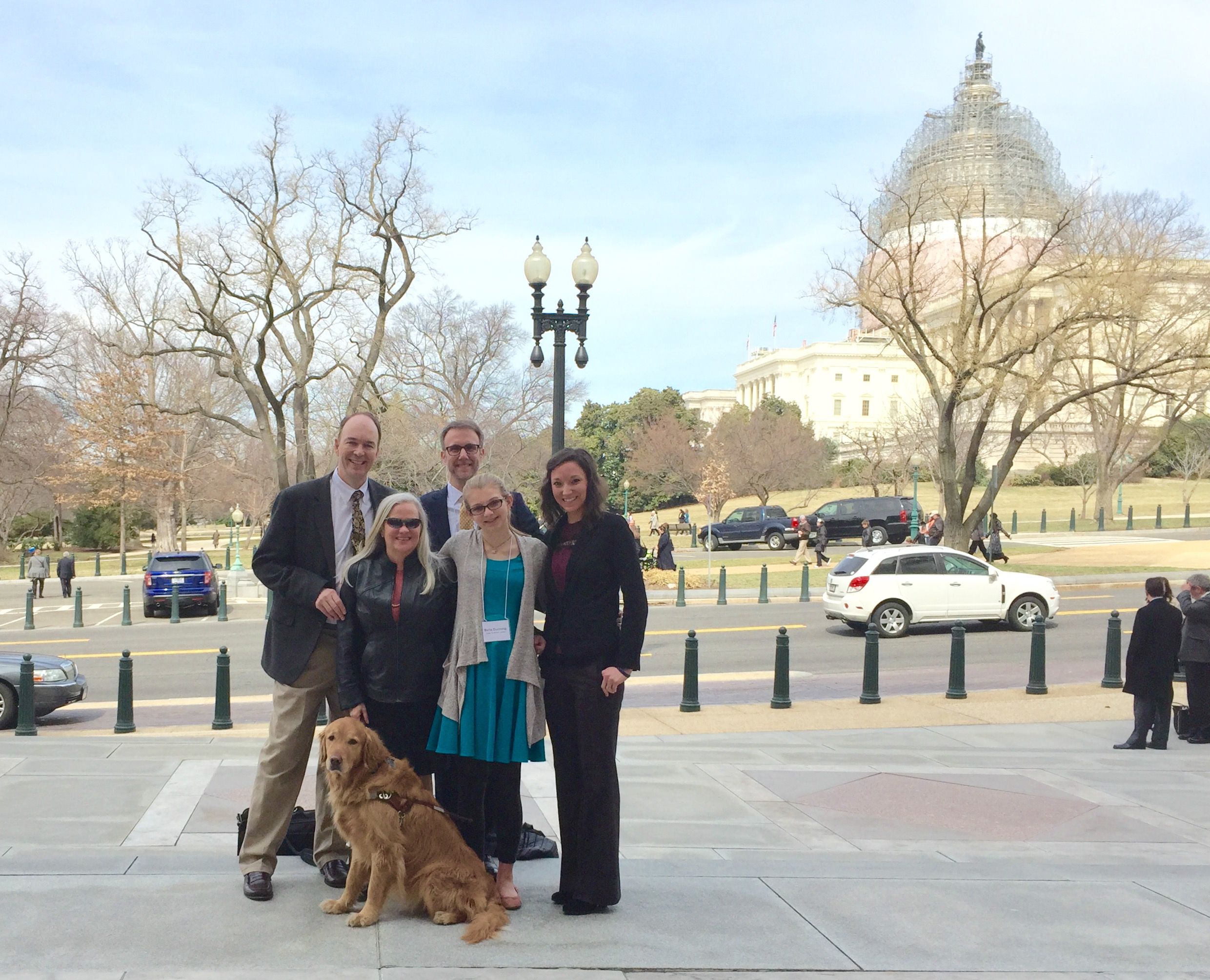 In summary, the ground has shifted. NIH has told us what they can spend, they have asked for our guidance on where that money can be best spent, and Congress is overseeing the process to make sure that money goes where it should. We are suddenly in fantastic shape in terms of federal funding.

Don’t start planning the parades yet. The roadmap isn’t complete and this is still Washington, DC we are talking about. We met with the staff from a number of Senators and Representatives during our visit. The general consensus is that the process in Washington is broken. So we will need to continue to be vigilant if this is going to work.

However, there are two things that matter more than any other. First, even in this broken system, in this climate of zero spending and inertia, we have been able to advance our agenda faster than even we dared dream. Just imagine what we can do when the process is working properly again.

Second, we have the most sought after resource in Washington, DC: You. Your efforts have been inspirational. Your letters and phone calls and visits made an incredible difference. Believe me, Congress and NIH hear you. Doors open for us because of you. High ranking staff members meet with us because of you. They want to know they are helping the constituents of their state. Nothing helped us more than to walk into a Senators office, say your names, and have them nod in recognition. They definitely heard you. They may not have known what Usher syndrome was before, but they know now. And it is all because of your efforts.

We have bi-partisan support in both the House and the Senate of the language we have asked to be included in the upcoming appropriations bill. I can’t yet name names, but one congresswoman has already drafted what is known as a ‘dear colleague’ letter asking all other members of congress to join in supporting our language. We have every expectation that a congressional member from the other party will also sign on to this letter.

Among the members of Congress we visited individually were the offices of Senators Blunt from Missouri (who we met briefly in person), Cassidy from Louisiana, Warren from Massachusetts, Murray from Washington, Ernst from Iowa, and Burr from North Carolina. We would have met with more but we had limited time.

Thanks again to all the members of the Usher syndrome community for making this happen.