Stick a Needle in My Eye? 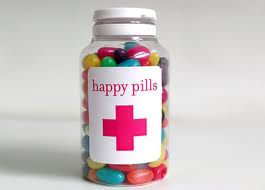 So when I read Jennifer’s take on the current clinical trials for acupuncture I wondered if maybe a focus on the clinical impact, at least in this case, was missing the point. As usual she does a great job breaking down the science and pointing out the weaknesses of the trial. It is pretty obvious that the science behind it is not great. I don’t think it reaches the level of sham, but it sure seems a bit sketchy. It certainly convinced me that it is not something I would pursue for my daughter.

On the other hand, I know rational, extremely well informed Usher adults whose opinions I trust implicitly who are considering pursuing this therapy because they heard about the trial. These are not desperate people who are easily fooled. Some of them were probably in the same room with Jennifer at ARVO. Yet they reviewed the variables and information that Jennifer presented, the same data that convinced me NOT to pursue the treatment for my daughter, and came to the conclusion that it was worth trying.

These folks are adults with severe vision problems, but I want to reiterate that I don’t believe them to be desperate. They would all prefer a return to normal vision, but they live interesting lives. They are also very active people, not the type to sit around and wait for someone else to find a solution to a problem. They get involved. That is what makes them happy: doing something, anything, to make the world, their world, a happier place.

So what if a treatment had no effect other than to provide some level of happiness? It’s not really fixing your vision in any way but it makes you happy. If happiness is really the ultimate goal for all of us, is that a bad thing?

Jennifer gave you her scientific evaluation of the acupuncture trial. What follows are my 11 commandments for evaluating potential treatments on a happiness scale in descending order of importance. But before I get to that, let me take a moment to distinguish between the acupuncture trial and acupuncture treatments. This is a bit of a unique case. You can elect to have the treatment but NOT be part of the trial. You would have to find someone capable of administering it and you would do so before any definitive studies are published, but you could have the treatment.. Keep that in mind as we go through the commandments because the rules will be different for trials versus treatments.

One final note: We are sort of happiness experts here at the Usher syndrome blog. Seriously! Even Jennifer. Heck, that’s the whole goal of this blog. Knowing you are making good decisions will make you a happier person and how can you make informed decisions if you don’t get the bad news with the good?