Should Auld Acquaintance Be Forgot?

It's New Year's Eve as I write this. The end of a week of feasting, hilarity, family bonding and general merry-making is nigh, and we have just one final celebration in to get through before we start reinstating regular bedtimes, diets, and schedules again. I haven't been completely out of touch with the world of science, however, as I've been working long hours preparing a manuscript for submission. It's a labor of love, to be sure, combing through pages and pages of carefully laid out results, multi-panel figures, looking for opportunities to make tiny improvements and (hopefully) spotting glaring omissions before the reviewers find them. It's the summation of several years' worth of work, done by many collaborators around the world. In short, my co-authors and I have much time and effort invested in this project, and I'm hopeful that it will be of some significance to the greater Usher community when it finally sees the light of day.

These final labor pains have prompted me to reflect upon an exchange I had a few weeks ago. As I have mentioned previously on this blog, I volunteer for scientific outreach opportunities quite often-school tours, demonstrations, Rotary Club lectures-I'm there, spreading the science-y goodness around. From time to time people in my personal realm express some interest in seeing what I'm up to in the lab, and I'll cheerfully invite them in for the nickel tour. So, I was not put out in the least when an acquaintance emailed me to ask if he might schedule a time to take a tour of our research facilities. I readily agreed, and we exchanged a few messages about good dates and times. And then...it got sort of weird. The e-mails continued, but a curious tone of reluctance began creeping in. Was I sure it wasn't too much trouble? I must be very busy...Really, it seemed so selfish to take up my time with such a silly request...I should feel free to cancel...and on and on like this. I responded to each one with a brief and chipper 'no worries! Come on along!' sort of message, but I was beginning to wonder what was up. The last communication, though, really left me speechless:

"Before I let another word appear on the screen, I have to admit something about my own philosophical/epistemological make up:


I don't know three things about the world around us. And even though I enjoy tinkering with the methods and conventions devised and developed by human beings, it all seems kind of tinny to me. So I'll understand if you would like to withdraw the open invitation for my visit."

Um...ok. So, trying to understand the world-to 'know' things that might have some impact on reality-is, apparently, considered a fairly ineffectual use of time by people of a certain 'philosophical/epistemological make up'. In other words, this acquaintance doesn't really respect what I do, and seems to think efforts to understand anything are futile, but I guess I have to give him credit for being up front about it. Imagine how silly I'd feel dragging him all over the lab facilities, gushing about how many brine shrimp we produce each day to feed the many thousands of zebrafish housed here, or what my latest histological experiments had revealed about the genes I study, not realizing in my blinkered, materialistic stupor how 'tinny' it all sounded. Yes, 'tinny'. Defined (I assume, as this is the only definition that makes sense in the context of the original message) as weak, flimsy, or shoddy. Yeah. 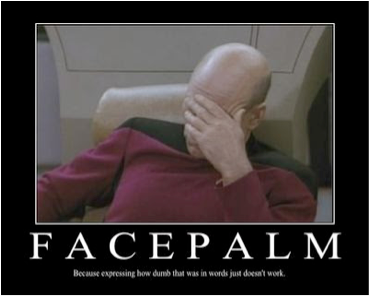 Figure 1: Captain Picard probably gets e-mails like this all the time.

I'm a little piqued about this, can you tell? I'm mad because it's just so dang passive-aggressive and rude, for one thing. I have great respect for a wide array of different philosophies. However, the whole post-modernist 'you can't really know anything' position really puts my teeth on edge, as it is so utterly antithetical to every scientific discovery-great and small-that has ever sought to understand or improve the human condition. Are there universal wonders and conundrums beyond our comprehension? Heck yeah! Does that mean we, as a species, should just lie back, contemplate the Mystery and quit trying to understand any of it? Heck no!

I'm mad because of the ignorant bliss conveyed by this acquaintance's admission. He's spared the tedium of thinking about scientific questions because other people are doing it for him. Other people are supplying his engineers with updated figures on the tensile strength of new materials; his computer designers with the technology for building faster processors; his physicians with the latest research on physiology and molecular biology. To some degree we're all guilty of this-I freely admit that I don't know very much about how my car engine works, for example. But lots of people do know how it works at a level of detail sufficient to repair or build a car engine. I could know, if I chose to take the time to study it properly, but the fact that I choose not to do this doesn't make the mechanism of the combustion engine any less important, in the empirical sense. To believe otherwise would seem shockingly arrogant.

It occurs to me that this acquaintance is a really lucky-if scandalously incurious-fellow. All the science and technology he needs to improve his life can carry on with the business of improving it without recognition or appreciation from him. And, importantly, neither he nor anyone close to him is suffering from any absent or incomplete application of science. He doesn't have to stop and wonder, "Was there a new discovery today that might help my child keep his vision?" And while I certainly don't begrudge him the good health and privilege that has allowed him to cultivate this world-view, I'm mad on behalf of all the people who don't have that luxury.

Usher syndrome is complicated. No one knows everything there is to know about it yet. Most of the people whose lives are affected by it don't understand the biology and chemistry required to comprehend what is know about it, at a genetic, cellular, or molecular level. But I'd wager that very few of the people who fit into this category would tell those of us who are actively engaged in studying these very subjects that our efforts were rather meaningless; that we couldn't really come to 'know' anything useful from our studies. As our discoveries about Usher syndrome lead to better diagnostics, and, eventually, to treatments, it will certainly not be required that every patient receiving these advanced standards of care have a Ph.D. level understanding of how they work. But I doubt very many of you would want to pursue such a treatment without some assurances that someone had done the work necessary to understand it. I think most of us realize that although there will always be some uncertainty in life, there is value in trying to increase the number of facts we can be reasonably sure of.

So, scientific outreach proclivities aside, I haven't mustered a reply to that last, facepalm-worthy message. I honestly can't think of an appropriate response. Should I re-re-re-reiterate my invitation and assure him that there is no philosophical prerequisite for touring the facility? Should I try to convince him that, although I can't absolutely prove that the universe isn't a computer simulation, I still think dedicating my life to understanding a little more about the mysteries of Usher syndrome is one of the best choices I could ever have made? Should I just let him off the hook from taking a tour he's clearly ambivalent about? Should this particular acquaintance be forgot, and never brought to mind?

I haven't decided what to do yet, but in the meantime I have poured every ounce of effort and clarity of thought into a soon-to-be-submitted manuscript that represents the scientific output of myself and others trying to shed a little more light on Usher syndrome. That means something to me. It is the farthest thing in the world from 'tinny'.

A New Year is upon us. May it be filled with memorable, meaningful times, great discoveries, greater understanding, and, above all, hope.