Shining A Hopeful Light on Usher Syndrome | Own the Equinox, Day 23, Part II

The Rose Family is working to raise awareness of Usher syndrome, join in the community of support and, above all, spread a message of hope to all affected children and family members. Because, with dedicated researchers throughout the world and the rapid, unprecedented technological and medical advancements taking place, there is much to hope for. Read more from the Rose Family at All Things Good. 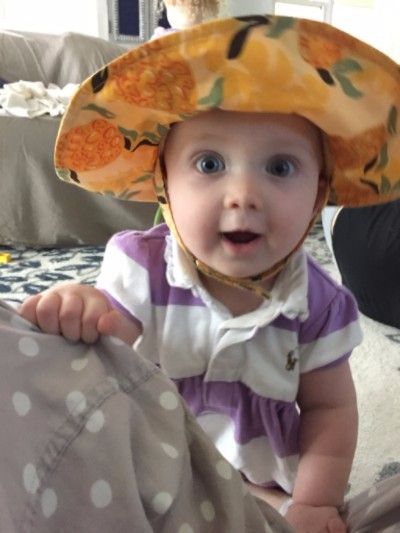 When I think of Emma, my 1-year-old niece and goddaughter, I think of her big, bright blue, angelic eyes. They are staring up at me, at seven months old, trusting, innocent eyes that eventually succumb to the spellbinding power of sleep in the arms of someone she had not yet come to know.

I remember thinking how miraculous it was that, at such a young age, babies could not only convey a feeling, thought or emotion with one simple look, but could gaze so deeply, so intently, as if, for a moment, they were imparting years of life wisdom that we typically only acquire with age.

It was her eyes in this moment that flashed through my mind as I learned three months later that her hearing loss would not be the only challenge that she would come to face. That what had once seemed like an unlikely possibility had revealed itself as a new reality when the test results diagnosed her with Usher syndrome – the most common cause of combined deafness and blindness that affects about four babies in every 100,000 births. An inherited disease, it is thought to be responsible for about three to six percent of all childhood deafness and about 50 percent of deaf-blindness in adults.

Emma’s hearing will stay the same – moderate to moderately severe loss – but her vision will progressively worsen, a result of retinitis pigmentosa that causes night-blindness and a loss of peripheral vision through degeneration of the retina, beginning in adolescence or adulthood and leaving her legally blind by the time she is in her 20s.

Sitting on the phone with my brother, his silence spoke loudly enough for me to know that fear was the predominant emotion governing his reaction. Fear for Emma’s wellbeing, fear for her happiness and fear for her future in the face of a syndrome that brings with it an unknown set of challenges, in addition to the inevitable tribulations each of us face along life’s journey.

Indeed, as adults, the life experiences we have acquired, coupled with a finer understanding of the workings of the world, makes it nearly impossible to receive such news without an overwhelming sense of fear. We know the beauty and joy that life can bring, and the goodness that exists, but we also know the ugliness – the parts filled with hatred and loneliness, judgment and unkindness. 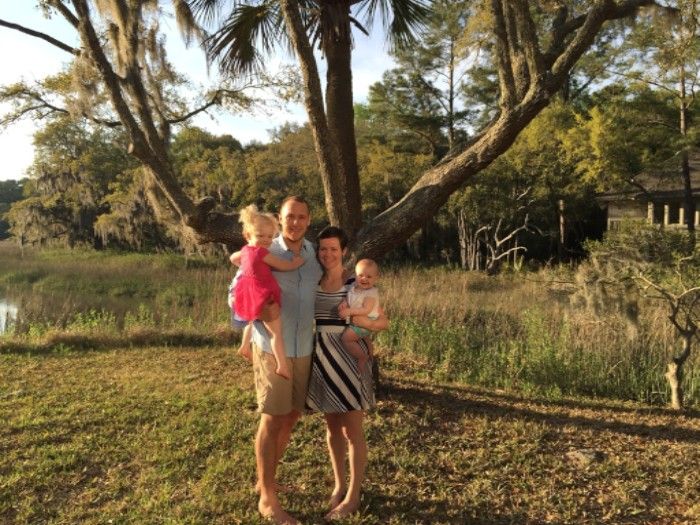 It wasn’t until later, however, that I began to think about how, in circumstances such as these, it might do us well to have the eyes of a child, to view the world as fearlessly, innocently and joyfully as children often do – as Emma does now, and will in the coming years. To daringly dream and boldly believe, to trust unyieldingly and have faith and hope in the endless possibilities that we so freely envision when we are young. To know and see nothing but the good. To believe in magic. To not fear.

For, while our instinctual reaction is to fear, Emma fears not. She smiles her heartwarming, beautiful, divine smile. She waves in utter exultation at strangers. She coos and squeals with merriment as she tries to keep up with her equally fearless, vociferous sister. She is entertained with a laugh. A hug. A kiss.

Together we will show her, just as together we will walk, this Saturday, September 19, in honor of the first global Usher Syndrome Awareness Day, a day uniting all affected families that precedes the autumnal equinox, which marks the start of days containing more darkness than light. 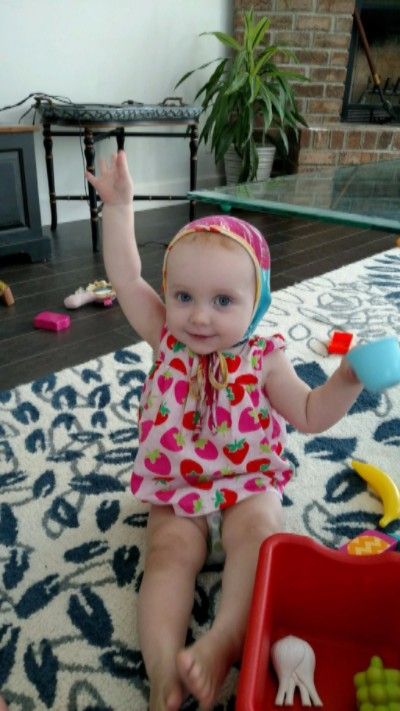 As we walk with Emma – and in spirit with Galen, Xanthe, Hunter, Lizzy and all other Usher children across the globe – let us not become blinded by that darkness, by that fear. Instead, let us walk with the eyes of a child – of these children – who sees beauty, magic and hope in the most unexpected places. Who wishes upon a star so fervently that even we believe we can fly.

It is, essentially, to turn darkness into light, fear into hope.

On Saturday, the Usher syndrome community will do just that, walking together in hope – because we do have much to hope for. Hope in the Usher Syndrome Coalition’s movement for increased awareness and commitment to building a network of support. Hope in the dedicated team of Usher syndrome researchers throughout the world – from Sweden to Iowa – who are collaborating tirelessly to find answers. Hope in all of the remarkable stories of success and accomplishment achieved by those with Usher syndrome – such as 36-year-old Rebecca Alexander who just this past summer climbed Mount Kilimanjaro.

And hope that, in an era of unprecedented, rapid technological advancements, a cure for Usher syndrome will be found.

Here is to that hope. Here is to owning the equinox.

Please consider supporting the Usher syndrome community and helping us spread awareness by visiting this link.