We have big news on our efforts to raise the profile of Usher syndrome in Washington, D.C. The following language is included in the omnibus spending package that was sent to the President for his signature today:

"Usher Syndrome. - The agreement supports research activities to prevent and correct the health related issues of Usher Syndrome. An update is requested in the fiscal year 2015 congressional budget request on the planned and on-going activities related to this syndrome. The update should address the funding level and manner in which the various ICs coordinate on common goals and objectives." 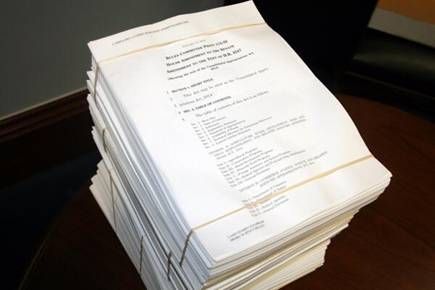 Translated, this means that Congress wants to see more progress on Usher syndrome research from the National Institutes of Health. They want to know what NIH is doing, and is going to do, to advance Usher research and they want a report on that progress. That’s good news number one.

Good news number two: NIH is a collection of institutes, including the National Eye Institute. This language is directed at the umbrella NIH director level, not at a specific institute. This is good in a few ways. First, it allows researchers to seek funding from any institute. For instance, a study on the mental health impact of Usher syndrome could be directed to the National Institute of Mental Health where, to date, very little Usher research funding has materialized. Second, it doesn’t limit Usher research to the budget of the National Eye Institute. That broadens the pool considerably making more funding potentially available.

The third piece of good news is that Congress is already talking about Usher and the 2015 congressional budget. That means they don’t view this as a one-time deal. This is expected to be a continued priority for NIH. The leading cause of deaf-blindness is finally getting some of the spotlight.

Not enough money
We need to keep this in perspective. NIH still has a lot of priorities and not enough funding. Funding for NIH increased $1 billion dollars in this budget, but it’s still nearly $1 billion lower than the historic peak. There are still a lot of diseases that need a piece of that pie. All this language will likely do is increase the visibility of Usher syndrome at NIH. But that’s still a great start.

Just because Usher is now a higher priority at NIH does not guarantee that there will be any more funding put towards it. NIH is not going to just start throwing money at Usher researchers. It is incumbent upon researchers to put together good grant proposals on important research initiatives. Bad Usher research will not be funded over, say, good cancer research. But good Usher research now has a better chance of being funded when competing for dollars with other good research.

Guidance from the Usher Community

We’re not there yet, but we’ve taken a big step closer. Congress listens to us when we speak, but we can’t assume that we are done. We need to make sure we continue to be heard in Washington and continue to build a strong relationship with NIH. I have been heartened by the response of our representatives and the staff at NIH. They really want to help. But we need to continue to work with them or we’ll fall back down the priority list. The 2015 budget process is starting immediately. If you want to know how much work lies ahead of us, just look at this graphic. We need to do this every year until we have viable treatments for every type of Usher. It’s daunting, but we are in a lot better shape today then we were yesterday. That’s all we can ask