Own the Equinox Day 21: Roads to Be Travelled

Moira Shea has Usher syndrome 2A. She serves as vice chair for the Usher Syndrome Coalition. Moira has been involved in this fight to eradicate Usher syndrome for over 40 years.

She served on the Board of Directors for the Foundation Fighting Blindness for 35 years. Moira retired as a federal executive from the US government, which includes 5 years on Capitol Hill.

Moira holds a Master in Public Administration from Harvard University’s Kennedy School of Government. She resides in Washington, D.C. with her husband Christophe Lorrain, guide dog, Finnegan and his partner golden retriever Asia.
I love to travel, it gives me a great sense of independence. This October my guide dog, Finnegan and I will travel to Umbria, Italy. We are going on a walking tour. This  tour appeals to me because it is very experiential rather than predominantly visual. We will visit a truffle farm, a vineyard, an olive oil mill, all things that I can participate in. We will also walk to the town of Assisi, the home of St. Francis of Assisi, the patron saint of animals. This will be particularly special because Finnegan will be with me. I admit I am a bit scared, but I want to do this challenge, to gain a sense of more independence - to prove to myself that I can do this on my own. 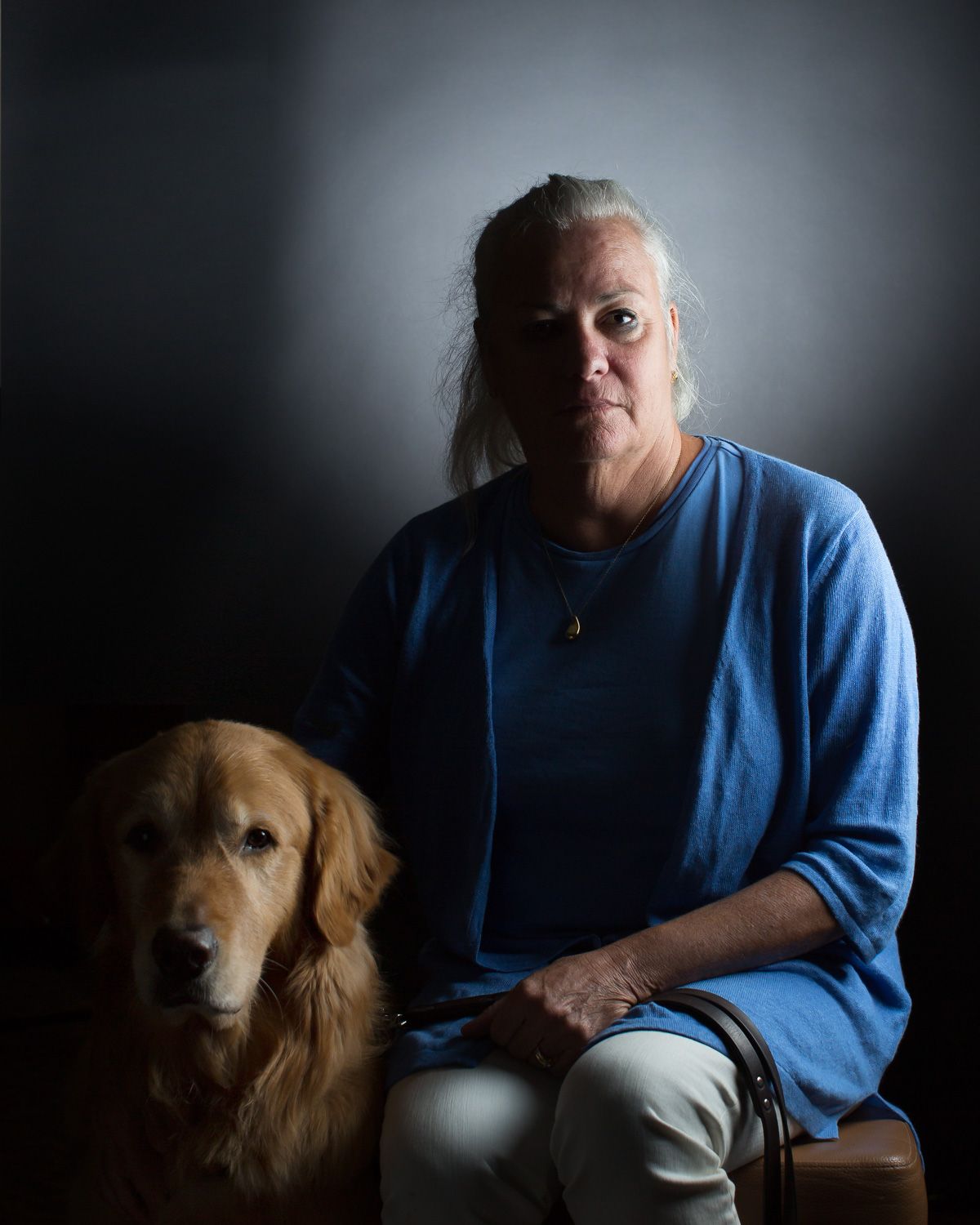 Moira and Finnegan Shine a Light on Usher Syndrome

Finnegan and I need to train for this and get into shape. I got into the doldrums of summer with the very hot weather. Finnegan also has been house bound and recovering from an herniated disc. However with PT, Finnegan has recovered, and has gotten the green light to go with me to Italy. I would not be able to do this trip without him.

So…starting on August 23rd and for 26 days until Usher Syndrome Awareness Day on September 17th, Finnegan I will exercise for at least one hour a day to be ready for our walking tour.

The Usher Syndrome Coalition is building a global community. Our Own the Equinox adventure will spread from Australia to Alaska. As a community and a coalition, we have created a very vital registry, we raise public awareness, connect researchers with the Usher community, and we have lobbied Capitol Hill to make Usher syndrome research a higher priority at the National Institutes of Health.

We are all working together to eradicate Usher syndrome from the face of this earth, and we will win.

If you are interested in supporting Moira, you can go to www.classy.org/moirashea.