Own the Equinox Day 10: So Much More

Caroline Brown, Fairbanks Alaska resident and marathoner, passes the marathoning baton to her 6 year old boys for the second Own the Equinox campaign. Galen (with USH 1b) and David will run their own fundraiser with hopes of crushing their mom's performance last year!

At the beginning of last year’s inaugural Own the Equinox campaign, I wrote about training for the Equinox Marathon here in Fairbanks, Alaska that was a centerpiece for the campaign. The Equinox Marathon is a grueling 26.2 mile trail marathon full of rolling hills and ankle grabbing rooted paths punctuated by a mammoth 3.5 mile climb right in the middle. It’s rough.

But it’s also awesome. I’ve run this marathon multiple times and I love it, but I didn’t know how much I could love it until last year when Mark and Jack Dunning, Brian Switzer, Marco Steffan, and Andrea Amestoy came to Own the Equinox with me. Bella Dunning and countless friends and family crewed for us and cheered us on.  Galen, my now 6 year old son with USH 1b, was out there THE. WHOLE. TIME. I got snacks and water from him at multiple mile points and a great big hug at mile 17. Local media covered our efforts and we raised tons of awareness (and a little bit of money, too).

How could I beat this? What could I do this year to top, or even match, that? After wracking my brain, I realized I couldn’t. But I did know who could. That’s right, Galen. Galen knows he has Usher syndrome and he kind of knows what that means, especially when it comes to his hearing and his balance. He’s just beginning to grasp the vision part. And he has endless energy. While my old joints don’t like annual marathons any more, Galen and I decided it was high time for his first! We were off to the races! 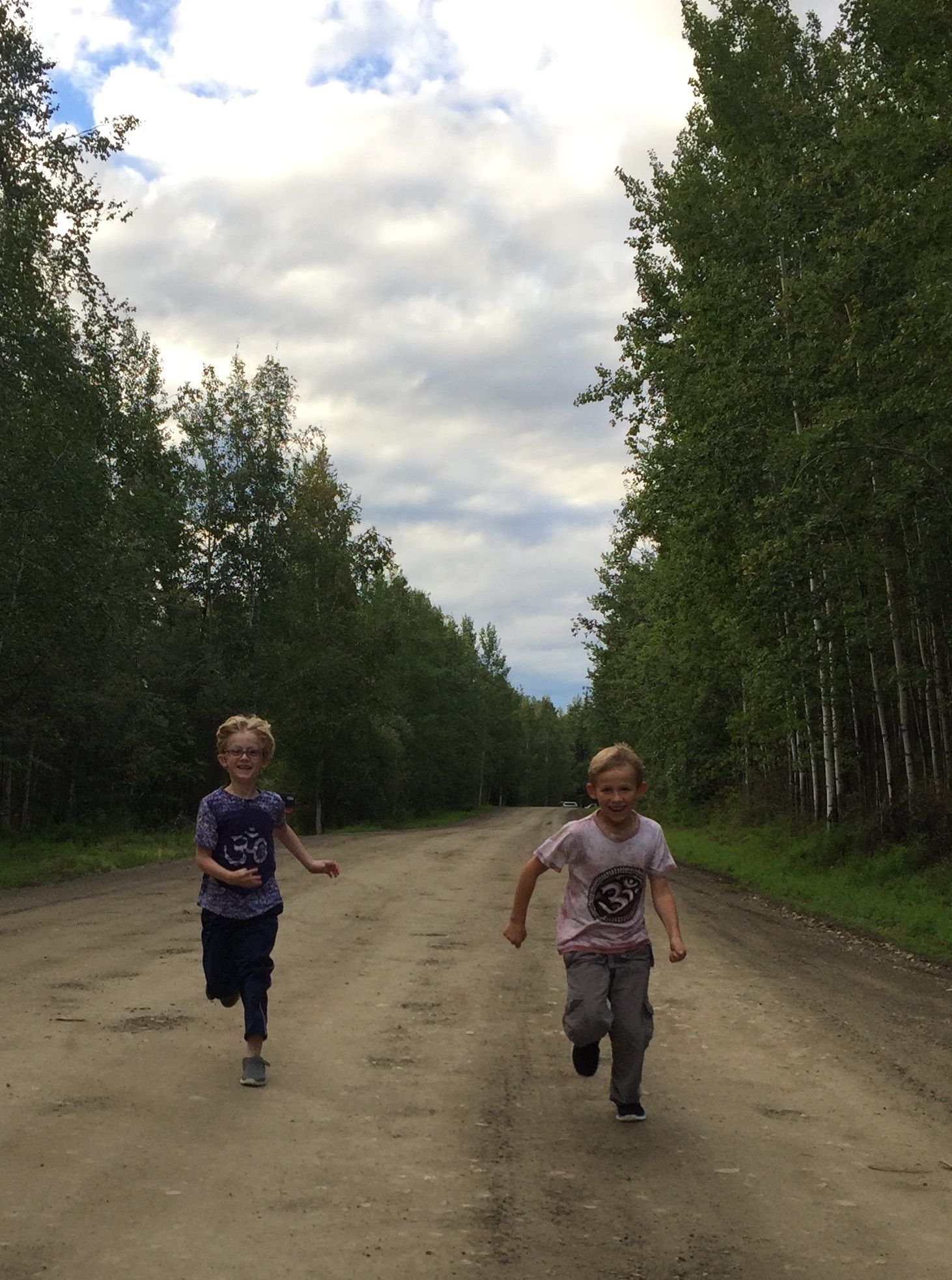 The Equinox Marathon hosts a Kids’ Marathon to encourage exercise and help them experiment with the joys of running and fitness. For the month leading up to race day, kids log miles as they are able up to 25 miles and then run the final 1.2 miles after the official racers have left the starting line. Galen and his brother, David, will begin on August 23 to get those miles under their belts. We will start on our road and jog/walk a half-mile for a few days. Then we’ll experiment with a whole mile. Sometimes, we’ll just walk 3 miles and call it good. We’ll take breaks and talk about pacing, arm swing, and…cool bugs we find on the road. We might collect some of the falling yellow aspen leaves to make some fun art at home. We’ll probably log a few miles here and there exploring some new trails and get distracted picking ripening wild cranberries. We might stop and listen to the sounds of south-migrating geese flying overhead. We’ll probably trip and fall a few times and require some healing hugs and a band-aid by the side of the trail. And some days, we’ll cover our distance in record time and feel awesome. We’ll figure out which snacks we like best on the trail and how often we need to drink something. And we’ll talk about Usher Syndrome a little. In many ways, I don’t expect this marathon training to be much different from any other I’ve done.

But on September 17th, I will hang back from the usual pack and run with a new crop of marathoners—all about half my size—and many crossing that finish line for the first time. No doubt Galen won’t be able to run all of those miles; he may not even run all of the final mile. He will walk, dance a little, trip, skip, and probably grumble a fair bit. But he’ll do…something, as Mark said in his last post.

And for so many reasons, it will be so much more than I could do.

If you are interested in supporting Caroline, you can go to www.classy.org/carolinebrown.