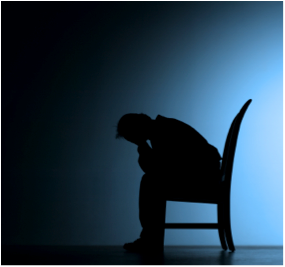 Two deaf twins in Belgium recently sought, and were granted, the right to be euthanized after learning that they would soon also go blind. You can read articles on the matter here and here. These twins did not have Usher syndrome. According to The Daily Telegraph, they had “congenital deafness and approaching blindness caused by a genetically caused form of glaucoma.” Still, congenital deafness and a genetically caused form of vision loss hits awfully close to home for those of us dealing with Usher.

Reading the story, I was outraged. But I wasn’t outraged to learn that the twins considered suicide after the diagnosis. It is a far too common response to a deaf-blind diagnosis. Moa Wahlqvist, Berth Danermark, and Claes Moller did a study on Usher syndrome and psychosocial health. The aim was “to present some data on physical and psychological health and well-being for people with Usher syndrome type II”. They compared a register of Usher patients with a reference population from the Swedish public health study. So basically they compared the overall population to the Usher population on psychosocial health issues. They found that people with Usher were more than twice as likely to consider suicide and were almost three times as likely to attempt suicide. And remember, this is just the folks that were alive to respond to the survey. It’s probably worse than that.

So, no, I wasn’t outraged to hear that the twins considered suicide.

It also wasn’t outrageous for the twins to believe, as the article states, that they “had nothing to live for.” I have written in the past about the depression that is common among people with Usher syndrome. It is natural for a person to look at how much they rely on vision in their current lives. It is natural for a person to consider what the loss of that vision would mean to their ability to work, to do hobbies, to communicate, and to connect. It is understandable that people diagnosed with Usher become depressed and it is logical that they might come to the conclusion that they have nothing to live for. I am saddened that the twins felt that way, but I am not outraged by it.

I won’t address the ethics of assisted suicide in this post. Whether I agree with it or not is not the issue. It is legal in Belgium to seek assisted suicide. According to the Daily Telegraph, “Under Belgian law euthanasia is allowed if the person wishing to end his life is able to make their wishes clear and a doctor judges that he is suffering unbearable pain.” I would have been outraged if medical community as a whole had immediately agreed that being deaf-blind causes unbearable pain. But it took the twins “two years to find a medical institution to administer a lethal injection.” They defined their condition as unbearable, made their case, and a doctor agreed.

No, here’s the outrage. The twins committed suicide, not because they were depressed, but because their family and the government failed to provide them with the support and education necessary to help them get past that depression. In fact, the twins had “had lived together for all their adult lives and could not communicate with the outside world.”

The twins had been socially isolated their entire lives. They had no relations with others strong enough to keep them in this world. That their family and the government failed to recognize that the “unbearable pain” the twins faced was caused, not by their deaf-blindness, but by their social isolation is an outrage. That their inability to communicate to anyone outside their immediate family was considered acceptable by those that love them is an outrage. And the general acceptance by society that they should live with limited educational, career, and social opportunities simply because they are deaf and are losing their vision is the ultimate outrage of all.

We all want treatments for Usher syndrome and they are coming. But in the meantime, people with Usher need to live full and happy lives. Usher Syndrome does NOT equal “unbearable pain.” The failure to educate about the realities of deaf-blindness and the failure to provide opportunity and hope to those who are deaf-blind is not limited to the family of the twins or to Belgium. It happens everywhere. People with Usher are often depressed. People with Usher entertain more frequent thoughts of suicide. People with Usher attempt suicide more often than the general population. The suicides might not be assisted, but they happen just the same.

Forget outrage. I think I’m going to be sick.