Interpreting the Data on Usher Syndrome and Psychosis: Is There a Connection? 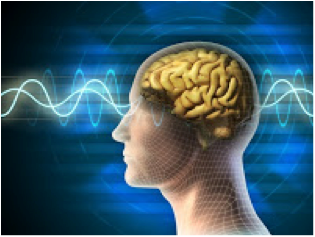 The article, just published in the journal Case Reports in Ophthalmological Medicine, is entitled “Genetic Analysis for Two Italian Siblings with Usher Syndrome and Schizophrenia”. It’s a scary title, no question. If I were a family member of a child with Usher, my first impulse would be to wonder “How much should I worry about this? “ My principal role as a contributor to the blog, and indeed, the prime directive of the blog itself, is to give people hope and give you reasons to worry less. My esteemed co-blogger, the father of a child with Usher, has written several things worth reading on the subject of worry, and together we have both endeavored to provide information to help families navigate the frustrating unknowns of this disease. Although I cannot answer the question “How much should I worry about this?” for any of you, I can attempt to provide a framework within which to consider these new findings, and my interpretation of what they mean for the larger Usher community.

So first, let’s break down the data in this paper. I promise I’ll be brief. This is a case report, which is distinct from a research study in that it is simply a report of findings from the clinical examination of some number of patients. In this particular case, that number is two: a brother and sister, both clinically and genetically diagnosed as having Usher type 2a, who were both also diagnosed with schizophrenia. And that’s the whole report, excerpting details of the genetic screening and medical history relevant to their diagnoses.

Naturally, we wonder what the cases of these two siblings can tell us about Usher syndrome in general. Why does this case study warrant this analysis? First, let’s consider possible causes for the mental symptoms being experienced by these individuals:

Option 2: This mutation in USH2A can cause schizophrenia in addition to causing Usher syndrome.

Option 3: This mutation in USH2A can predispose an individual to schizophrenia.

Note that options 1 and 2 assume a genetic cause for schizophrenia, whereas #3 is more general on this point. There is evidence that schizophrenia has a genetic component, but probably not in 100% of the cases. There are a several specific genetic circumstances that could fit into each option, but for the sake of getting on with it, I won’t spend time detailing these scenarios. The case study can’t tell us which option is correct, in any event, so at this point it’s prudent to accept that we don’t know the answer and move on to ponder what bearing, if any, this report has on the larger Usher community. By itself, we can’t give this report too much weight. It is, after all, just two patients from a single family. But this particular case study is just the latest in a series of other, similar reports of brain and behavioral abnormalities in Usher patients that have appeared in the scientific literature over the past half-century.

If you’ve followed any of my previous posts about the molecular basis of Usher syndrome, you might recall that Usher proteins are thought to play a role in cell functions involving cilia. You might also remember that ciliated cells are found in many organs other than eyes and ears, including the brain. Previous research has shown that many of the Usher proteins are present in other body tissues, including the brain, from early stages of development. Finally, one Usher protein, the one that causes USH2C, was first identified as a gene responsible for seizures before it was linked to Usher syndrome, suggesting that it does have a role in brain development or function.

If you consider all of the above, it seems clear that the question of whether some percentage of Usher patients might also experience neurological or psychiatric symptoms bears further consideration.

What that percentage might be isn’t at all clear. The largest number that any of the studies have concluded to date is around 25%--and this was from a paper published in 1959. Other studies have hit something closer to 5% (also reported decades ago). Like the Case Report that started this conversation, most of the older papers are also case studies: reports of correlations observed between one set of symptoms (deafblindness) and another (psychiatric problems). Only one study that I found, published in 1998, investigated whether there might be detectable abnormalities in the brains of Usher patients. At this time, 14 years ago, genetic diagnoses were still several years away from becoming the standard of care. In fact, only one Usher gene had been molecularly identified at that time (MYO7A). So, although clinically diagnosed usher type 1 and Usher type 2 patients were included in this study, we don’t know what genes were affected in these individuals. The researchers used brain imaging techniques on these Usher patients, and also imaged the brains of a large control group of people without Usher. They found some differences in the brain shape and growth patterns of the Usher patients, but what they weren’t able to do was correlate brain changes with behavioral changes in these patients. Here is the concluding sentence from that paper:

Given the subtle nature of these changes, it may not be surprising that some clinical manifestations of this diffuse cerebral involvement have yet to be clearly delineated. In addition, older Usher patients are quite isolated and seldom the subject of clinical investigation. Furthermore, meaningful psychometric evaluations are difficult on patients with hearing and visual difficulties. All of these may be factors for the lack of documentation of the clinical manifestations of this progressive encephalopathy.

In other words, they found some differences that are clinically notable, meaning they tipped the ‘statistical significance’ scale which measures the probability that these differences could exist by chance, but weren’t able to tie them to a particular disorder or use the findings in any predictive or diagnostic way. The paper doesn’t state whether any of the subjects themselves had psychological problems, and even if they had, the sample size would likely have been too small to make any conclusions about cause. The part that I’ve bolded above is the authors’ (valid) attempt to explain why the reports of psychological problems in Usher patients are so variable and unquantifiable. Other authors of the various studies I read also noted the challenges associated with these diagnoses in Usher patients. In the current case study, for example, they include the following in their discussion:

That’s visual or auditory impairment in general--not just in Usher patients. And here’s where it gets tricky. This observation is one that many of the families reading here will concur with. Sensory deprivation creates unique types of stress on the brain, and not everyone will respond the same way to this stress. The crucial question is—is the incidence of this kind of psychological issue higher in people with Usher syndrome than in people with other diseases that cause deafblindness? And, as a follow-up to that, if that number is truly higher, what does it mean?

We are far from a nice clear, uncontroversial conclusion here. There are some trends, some variable statistics, and one 14-year old attempt to make sense of the previous clinical reports. To be clear, though, this is absolutely not at all the fault of the clinicians, researchers, or anyone else. Our sample sizes for any of these studies are usually small, because Usher syndrome is quite rare. Gene mapping and sequencing as part of a clinical assessment is a pretty new thing, so this tool hasn’t yet been applied to this particular question. Last, but definitely not least, brain function and behavior are extremely complex. Even if the genetic part of the story was clearer, it still might not be all that illuminating. As mentioned above, the cause(s) of schizophrenia all on its own are not definitively known. Diagnostic criteria for psychological disorders are modified and refined at an accelerated rate compared to many other fields of medicine. Psychiatry is a challenging field, and tends to be more reliant on individualized treatments than most other specialties.

So where does all that leave us? If we revisit the options developed from the current ush2a sibling study, after having considered the larger body of relevant studies, how can they be modified?

Most of the existing studies precede the advent of genetic screening, so in all but the latest report of the two siblings, we don’t know the genetic cause of Usher syndrome, thus it isn’t possible to associate these psychiatric symptoms with a particular subtype (or types) of Usher. Hopefully the emerging molecular tools, coupled with the growing awareness of the disease, the importance of early intervention, family support, and access to special services will help to illuminate the pattern, if, indeed, there is a pattern at all. At the moment, though, we can’t eliminate any of those options from consideration.

I cannot tell you how much to worry about this. All I can say is, although it seems cruel to add yet another dark unknown onto an already mysterious and stressful condition, maybe knowing more about the potential for this problem will be a net good, rather than a net harm.

Maybe if families and clinicians are aware that there might be additional behavioral issues associated with a diagnosis of Usher syndrome, they can be proactive about monitoring behavior and keeping the lines of communication open.

Maybe increased awareness of Usher in general, better diagnostics, and participation in the registry will help us track these trends so that the relationship between Usher syndrome and brain function will be less mysterious for current and future generations of Usher patients—and their caregivers.

Know that I will stay on this story and bring you any updates as they become available. Meanwhile, I truly believe that this is one of those situations in which, when faced with a new problem, we can do more than hope. We can act. Research. Register. Raise Awareness. We will find the answers.

We’re all in this together, and although I still can’t tell you how much to worry, please try not to worry any more than you absolutely need to.