Gene Therapy and You

Science is trial and error. Only 1 in 12 potential treatments which are tested in humans actually make it to clinic. But that number is misleading. Those that don’t result in a clinical treatment aren’t necessarily failures. They are practice runs used to adjust dosage, delivery method, and measurement criteria. We learn something from every clinical trial, but we often need a lot of them to get a treatment to clinic.

Jennifer mentioned in a  recent post that the results of a clinical trial on a gene therapy treatment for a retinal disease called LCA were disappointing. This was true. But it doesn’t mean gene therapy is dead. Far from it. It still holds a lot of promise for people with Usher syndrome as a means to slow or stop the progression of retinal disease. I was fortunate enough to attend a one day conference on gene therapy organized by the Casey Eye Institute with funding from the Foundation Fighting Blindness. The conference was very inspiring and since trials are under way for several retinal diseases there was a lot of excitement. Gene therapy is alive and well. It’s just going to take time to get it right.

The Goal of Gene Therapy

How about a very quick, very layman explanation of gene therapy so what follows makes more sense? You can find more on the web, including  this article.

Genes are instructions for producing proteins. Mutated genes, like those in Usher, don’t give the right instructions. So the proteins are produced incorrectly and don’t work properly. 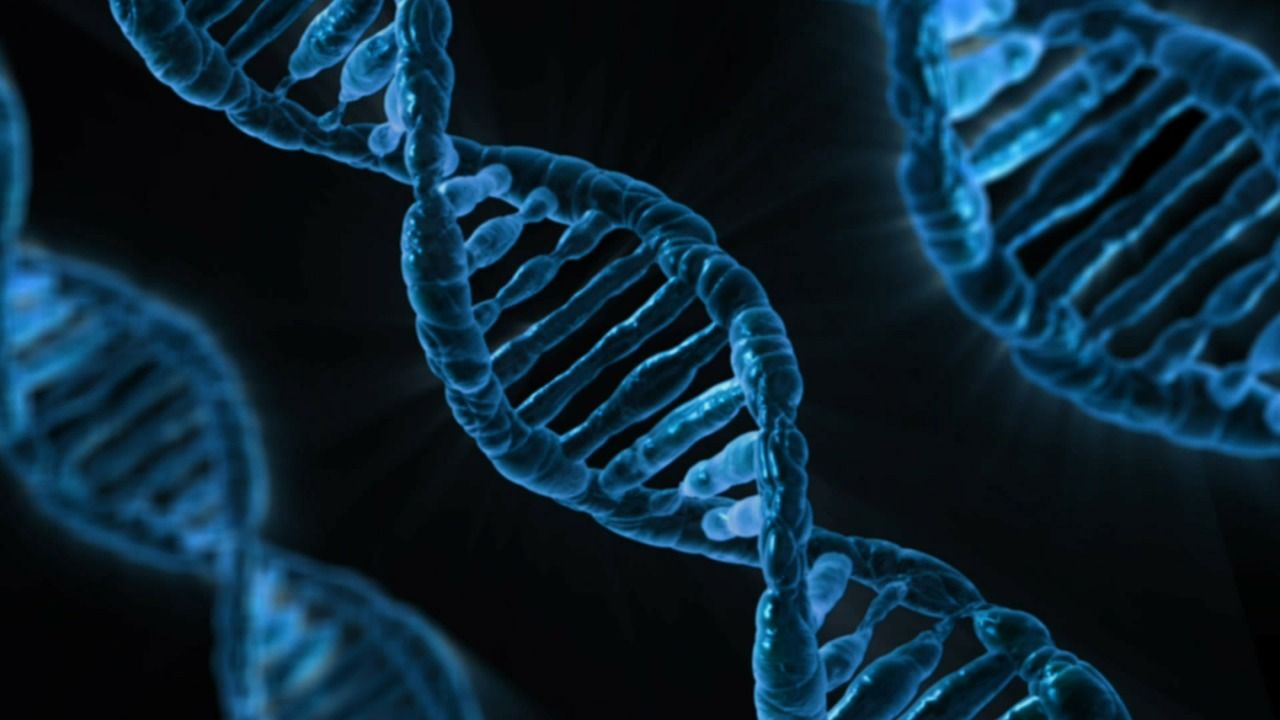 Some viruses have the ability to ‘dock’ with a host cell and inject viral DNA into it. In the handsof scientists the virus injects good copies of genes to replace the bad ones with which those cells were born. The hope is that the cell will read those new instructions and produce the protein properly. This process of injecting a controlled virus to deliver a good copy of a gene to a cell is what is known as gene therapy. Jennifer describes viral delivery in detail in this post.

The cells need to be alive to utilize this new copy of the gene. So the goal of gene therapy is to halt the progression of the disease. It might even restore the function of cells that are ‘sick’ but not yet dead which might restore some vision as well. But even in the best-case scenario, this won’t bring dead cells back to life.

The Anatomy of the Eye

Now, how about a very quick, very layman explanation of the anatomy of the eye so what follows makes more sense?

Imagine holding a water balloon in one hand. That’s the eye. Your arm is the optic nerve, delivering a signal to your brain. Your hand is the layers of cells that give the eye structure and transfer signals to the optic nerve. Your palm is the retinal layer. That’s where the cells are dying from Usher syndrome. The water in the balloon is the vitreous, the jelly in the eye. The balloon itself is the Internal Limiting Membrane (ILM) and it’s a big deal when we talk about gene therapy. Hold on and I’ll explain.

Delivery is an Issue

As stated earlier, the goal is to infect cells with a good copy of the gene. In clinical trials we only want to test the treatment so we only need to infect a small number of cells. That’s relatively easy. The most often used method for delivery of gene therapy is to inject a small amount of a solution containing the virus just behind the target retinal cells. The injected droplet of liquid is called a bleb. The space behind the retina (ie, under the skin of the palm in our analogy) is called the sub-retinal space. So this delivery method is called sub-retinal injections.

Using our hand and water balloon analogy, the surgeon removes the water from the balloon (removes the vitreous) and pokes a tiny hole in the balloon (the ILM) using a thread-like needle. The needle then pierces the skin of the palm (the retinal layer) and is used to place a drop of liquid containing the virus under the skin. The hole in the balloon (ILM) is small enough that the ILM closes back up and functions normally.

For these treatments to really work in clinic, however, we need the viral particles carrying the healthy copy of the gene to be able to infect a large number of retinal cells. We need the whole retinal layer to be infected. In our analogy, we need to coat the whole palm of the hand. And that’s where the challenge lies.

The problem is that the bleb works a lot like a drop of dew on a leaf. It rolls around and is hard to target. The phrase used over and over at the conference was ‘the bleb goes where the bleb wants to go’. And it’s just a drop. It doesn’t cover the whole retina. Adding more fluid makes it even harder to control and can lead to other problems. In our water balloon analogy, imagine if that needle in the palm was more like a hose filling up the space under the skin with liquid. It wouldn’t spread evenly and it could cause the skin to burst in places.

There are a number of methods being explored to solve this problem. One is vitreous injections. Imagine putting a few drops of dye in our water balloon. It would diffuse in the liquid and cover the whole area. The viral vector would presumably act the same way in the vitreous. But this is where the ILM becomes a big deal. How do you get the dye through the balloon (the ILM) and get it to soak in to the palm (the retina)?

One approach is to find a virus that would permeate the ILM and soak in to the retina. There are lots of viruses being tested that might do this, but nothing definitive has been found yet.

A related approach was called peel and puddle. The idea behind this was to peel back the ILM exposing the retina. Then instead of just placing a drop, a puddle of the solution could be placed covering a larger area. This has a similar problem, though. See, the photoreceptor cells are not at the top of the retina but at the bottom. So even though it would bypass the ILM problem, we would still need a virus that could make its way through the other cells of the retina to the photoreceptor cells. In our water balloon analogy, peel and puddle puts a pool of ink on your palm but that ink would have to soak all the way through the skin to be effective. It can’t just stain the surface.

There was a general sense of disappointment about the results of the LCA gene therapy trials. Vision trials have one thing going for them over most other types of trials. Because we have two eyes, we have the ability to test a treatment in one eye of a participant and compare it to the untreated eye in the same participant. The LCA trials seemed to prove that the treatment was safe but it did not seem to improve or stabilize the vision in the treated eye of the participants.

Part of what made the LCA trial so exciting was that initially the treated eyes of the participants DID seem to show an improvement over the untreated eye. The trial lasted several years, though, and over time that seeming improvement disappeared or, in some candidates, became worse. The obvious reaction of most scientists was that the cells were still not producing enough good protein and that an increase in the dosage might help.

However, there was a subset of the group that thought the opposite might be true. This group thinks that perhaps the cells were actually producing too much of the protein to the point that it became toxic. So it is possible that the LCA trial was TOO successful at getting the cells to produce the protein and that a lesser dosage might actually be the answer. Obviously there will be a lot more research into the cause before the next clinical trial begins.

The need for appropriate animal models remains an issue. This is particularly true for Usher syndrome where no large animal models exist. But even when models do exist, there is always uncertainty when moving from an animal to a human. For instance, the LCA gene therapy was extremely successful at halting the disease progression in dogs. Yet when it was attempted in humans, the results were different. Even large animals can’t replicate exactly the way the human eye works.

Because nothing exactly models the human eye, it is not uncommon that treatments that seem to be effective in an animal model are not as effective in humans. As stated earlier, only 1 in 12 treatments that are tested in humans make it to the clinic. As with the LCA trial, that doesn’t mean the trials are a failure. The next LCA trial will be conducted with the knowledge of the first.

This process needs people, though. And right now we are frighteningly short of potential candidates for Usher syndrome trials. I cannot emphasize this strongly enough. Usher syndrome trials will fail or will not even start unless we identify and genotype A LOT more Usher families immediately. This should be the primary focus of this community right now. We are very much at risk of being passed over simply because we can’t identify enough viable candidates for clinical trials. Access to a large community makes Usher syndrome a more interesting target for researchers, pharmaceutical companies, and funding organizations. As always, there will be no treatments without you.

For perspective, we have what I believe to be the largest active Usher syndrome registry in the world. It contains around 1000 families. About half of those have been genotyped. So right now, the total pool of potential clinical trial candidates we could produce is around 500. At the conference, one researcher presented data from two studies on Stargardt’s disease. Combined, the two studies involved 510 patients. And those are the patients that agreed to participate in the studies. That doesn’t consider a) that Stargardt’s is caused by just one gene where Usher is caused by at least nine different genes and b) the potentially high percentage of people who opted not to participate in the studies. We have 500 genetically confirmed patients total in our registry and they do not all have the same genetic cause of Usher syndrome. Unfortunately, Usher syndrome patients couldn’t fill out two studies of equivalent size.

There are actually other groups around the world with their own lists of Usher patients. But all totaled, I would estimate we are actively in touch with >3,000 Usher patients globally and a good percentage of them have only a clinical diagnosis, not a genetic diagnosis.

So please, I urge you to join the Usher Syndrome Registry today, if you have not done so already. And tell everyone you know with Usher to join the registry. You are not volunteering for a clinical trial by doing so, but you will expand the pool of potential candidates. And you will be informed of trials as they come up. Who knows, one of these trials might feel right to you and allow you to help change history for people with the most common cause of combined deafness and blindness.

One related note, while I cannot report anything at this time, we are actively working with a number of key organizations around the globe to develop a process to get all people with an Usher syndrome diagnosis genotyped. All funding and research organizations recognize the importance of genotyping Usher patients, so this has to happen eventually. It seems more a question of how and when at this point. So watch this space.