Happy New Year, Dear Readers! I hope 2010 is off to a wonderful start for everyone. I took some welcome time away from the lab over the holidays, and although I couldn't completely unplug from correspondence and submission deadlines, it was enough of a break to enable me to refresh and recharge sufficiently. As such, my well-rested brain is ready to churn out a hearty helping of science for your reading pleasure. 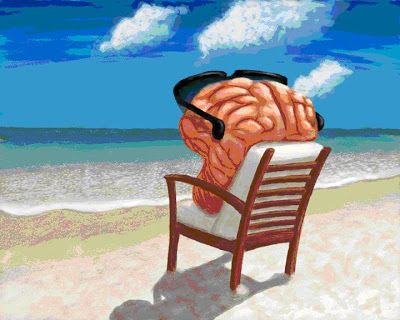 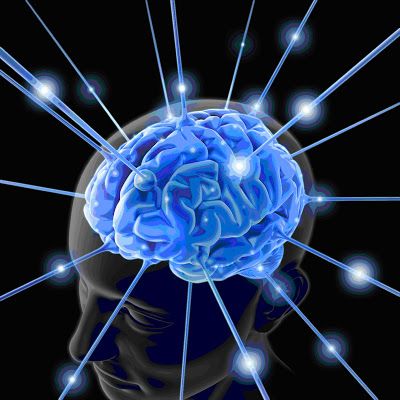 Figure 1: Top: My brain on vacation; Bottom: My brain while writing this post.

Just before the break, a new paper came across my desk that I thought would be great fodder for discussion on this blog. The paper, entitled "Cell Transplantation to Arrest Early Changes in an USH2A animal model", was published online last month in the journal of Investigative Ophthalmology and Visual Science, and there are two key findings reported:

The results could have an impact on developing Usher treatments in the future. The research describing the disease progression in the mouse model adds a great deal to the understanding of what might be going on at the cellular and molecular level in the retinas of human USH2A patients. As previously discussed, such information could have long term benefits for developing treatments targeted to specific areas or functions of retinal cells. The transplant data, clearly, provide one of the necessary precursors to a clinical study of the rescuing effects these cultured cells could have on human USH2A patients-and perhaps other types of Usher syndrome as well.

So, let's fire up the old grey matter, delve a little deeper into the results and see what they found. The Ush2a'knockout' mouse has been around for a few years. It is a line (or 'family of mice') from which the Ush2a gene has been deleted. These mice can't make the Usherin protein, and as a consequence they exhibit the mouse version of Usher type 2a, with hair cell defects from birth and later vision problems. The original paper (linked above) from the Harvard University lab of Dr. Tiansen Li described the retinal defects in aged Ush2a mice, finding that, by 20 months of age (which is pretty old for a mouse), many photoreceptor cells had degenerated, resulting in thinning retinas and (unsurprisingly, given the extent of photoreceptor cell death) diminished ERGs. The new study, conducted by Raymond Lund and colleagues at the Oregon Health Sciences University, confirmed some of the original analyses as well as conducting new ones. The big difference was that the OHSU researchers identified some defects in younger Ush2a mice that are noticeable many months before the first signs of retinal degeneration show up, which gives us some new insights into how retinal cell behavior may be compromised in Usher patients before any of these cells actually start to die off. The researchers examined visual function with a behavioral technique known as the optomotor response.

If you visit the above link you'll see a mouse in the center of a rotating drum. A black and white pattern is projected onto the sides of the drum, and the pattern shifts and moves when the drum is rotated. Researchers can observe how reliably the mouse follows the moving pattern, indicating visual acuity. By varying the contrast between the color patterns, researchers can also test the sensitivity of the mouse's ability to detect color gradients: it's easier, visually, to detect the contrast between black and white, and more challenging to detect contrast between black and grey. The end result of this analysis is a reliable readout of the visual ability and behavior of the mice. Groups of mice with either normal copies of the Ush2a gene (control group) or the Ush2a "knockout" (experimental group) were tested with such an apparatus to gauge visual function at various ages.

These researchers found that some visual defects were detectable in the Ush2a mice quite early in life (between 2 and 3 months), many months before the documented onset of retinal cell degeneration in this line. Ush2a mice had an increasingly difficult time following the rotating patterns, and their contrast sensitivity-the ability to detect differences between shades-worsened over time as well.

The Researchers next looked for changes in the localization of retinal proteins in Ush2a mice. Even though the cell number and organization of these mice at younger ages was indistinguishable from controls, the proposed role for Usherin in helping to move proteins to different parts of the photoreceptor cell predicts that this process might be defective in animals lacking Ush2a. And indeed, that's exactly what they found: 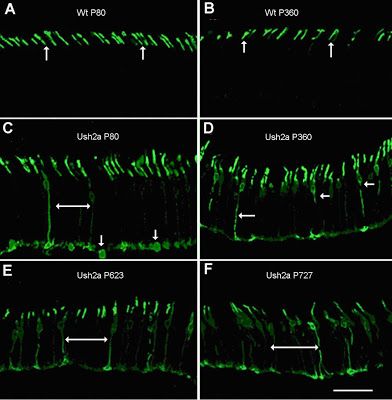 Figure 2: From Lu et al, 2009. Opsin protein localization in control and Ush2a mouse photoreceptors. The panels marked 'WT' show retinal sections from normal control mice. Those marked 'Ush2a' are from knockout mice, and the 'P....' number tells us how old the mouse in question was: "P80"= 80 days old, etc.

The top two panels (A and B) of Figure 2 show a high magnification view of photoreceptors in control mice at age 80 days and 360 days, respectively. The only part of the cell you can see in these panels is the very tip, where a chemically labeled opsin protein is present in the region known as the outer segment. The bottom four panels, C-F, show the same view of photoreceptors in Ush2a mouse eyes of various stages. Note that you can see a lot more of the cell now-long, stringy bits in the middle and chunky blobs at the bottom, because the opsin protein isn't where it's supposed to be. There is an apparent defect in the mechanism that transports it to the outer segment-a process that, we can infer, requires the function of Usherin protein.

Moving forward, the researchers next looked to see if the defects specific to the cellular machinery of the photoreceptors were having any effect on other populations of retinal cells. Specifically, they looked at a type of cell known as glia. In a nutshell, glial cells are sort of like parents-their job is to help specialized neurons grow and develop, keep them fed, and clean up after them . When a neuron is sick or damaged, glia often respond by producing chemicals to help stabilize the ailing neurons. In this study, the researchers looked for evidence of increased production of a protein known to be up-regulated in glia in response to retinal damage, and found, as early as 2-3 months of age, the glia in Ush2a mouse retinas began ramping up their production of this protein. This further indicated that even though the photoreceptor degeneration had not yet commenced, photoreceptor cell function impaired to the extent that the retinal environment was altered.

Thus, in addition to adding to the big picture of what we know of how retinal cell function is affected by defective or missing Usher genes, this first set of experiments also identified the earliest time point at which vision defects could be detected, thus establishing a window of opportunity for rescue therapy. With this knowledge in hand the researchers proceeded with their transplant experiments, using mice between 2 and 3 months of age (P80).

Before I proceed with the description of the transplant experiments, I want to take a moment to talk about research ethics. It's often said that science, as an endeavor, is morally neutral, but scientists, of course, are not. The line between what is technically possible and what is morally acceptable, to us as individuals and as a society, can sometimes be blurry, and is certainly variable from person to person. The research described below might make some readers uncomfortable, and regardless of the therapeutic implications, it might not be a treatment that some of you would choose to pursue if it were available. This is a valid and important topic of discussion as we move forward into the much hoped-for realm of Usher therapies, and I plan to give it a more thorough treatment in the near future. But for the purposes of this particular blog post I will press on with my summary of the science, and leave the ethical implications thereof for next time. Here goes:

The cells these researchers selected for transplant are a kind of stem cell known as hNPCs. The 'h' stands for human-these cells were originally obtained from human fetal tissue and have been grown in laboratory culture dishes since that time. 'NPC' stands for Neural Progenitor Cells. These cells originate in the developing central nervous system and have the potential to give rise to a variety of different neurons when properly stimulated. Several labs around the country maintain hNPC lines that are requested by other labs for use in various experiments seeking to repair or forestall neural degeneration or damage of some kind.

The lead researcher on the Ush2a mouse paper under discussion has experimented previously with this cell line, rescuing retinal degeneration in a rat model and testing safety and efficacy of the surgical transplant procedure in a primate model, as a precursor to human clinical trials. With these previously established techniques, the researchers transplanted hNPCs into Ush2a mice via injection into the back of the retina, similar to the way in which the gene therapy for LCA patients was introduced. Visual function in these animals was assessed 4 weeks and 10 weeks after the transplant, and marked improvement was reported in both visual acuity and contrast sensitivity, using the optomotor response test described earlier.

They also looked at protein localization in the transplanted animals, and found significant, long-term improvement of the opsin trafficking problems observed in the photoreceptors of Ush2a mice. The cool thing about this last result is the effect of the therapy with respect to the timing of the transplant. Remember that the surgery was done at 'P80', the time at which the first signs of opsin mislocalization were detected in the untreated Ush2a mice. If you glance back up at panel C in figure 2, you'll see that the opsin protein at this time point is showing up in other compartments of the photoreceptor cell, below the outer segment where it's supposed to be. Now check this out: 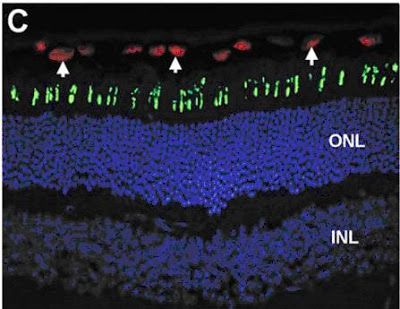 Figure 3: From Lu et al, 2009. Opsin protein (green) is properly localized to the outer segments of a P150 Ush2a mouse retina when transplanted hNPC (red) cells are present. Cell nuclei are stained blue to show cell numbers and organization (I don't know why they didn't do this in the Figure 2 panel-it really helps, doesn't it?).

Based on the data in this paper, the Ush2a mouse eye in this picture would have looked like the one in Panel C of Figure 2 on the day that the transplant took place, with opsin going places it shouldn't. The presence of the transplanted cells, therefore, not only prevents opsin trafficking problems, but apparently fixes preexisting ones as well.

The real head-scratcher here, at least for me, is: How? The hNPCs, being of human origin, can be identified by an antibody that recognizes a particular human protein in these cells. This protein is labeled red in the above panel, showing you exactly where the hNPCs have ended up, ten weeks after they were transplanted. Note how they are lined up above the photoreceptors (the tips of which are stained green with the opsin protein marker). They haven't integrated into the mouse retina, they haven't replaced any mouse retina cells, it's not clear that they have developed into any particular cell type, they're just...hanging out. But they're clearly doing something to improve protein trafficking in their neighboring cells. That blows my mind, but while I personally am dying to know HOW they are able to improve the cellular performance of their neighbors, this knowledge isn't necessarily a prerequisite for clinical trials. The important thing (beyond safety, of course) from that standpoint is the effect itself, not the mechanism, and the effect is pretty remarkable.