I have a confession. I hate asking for money. Despise it. The fact that I am doing so should tell you just how important I believe the Usher Syndrome Coalition is to finding treatments for Usher syndrome. I have estimated that we will need $50 million annually for each of the next 18 years if we are going to find treatments for every person of every age with every type of Usher syndrome everywhere. None of us has $50 million to donate, annually, for the next 18 years. But you probably have five dollars and I think we can turn that fiver in to $50 million. 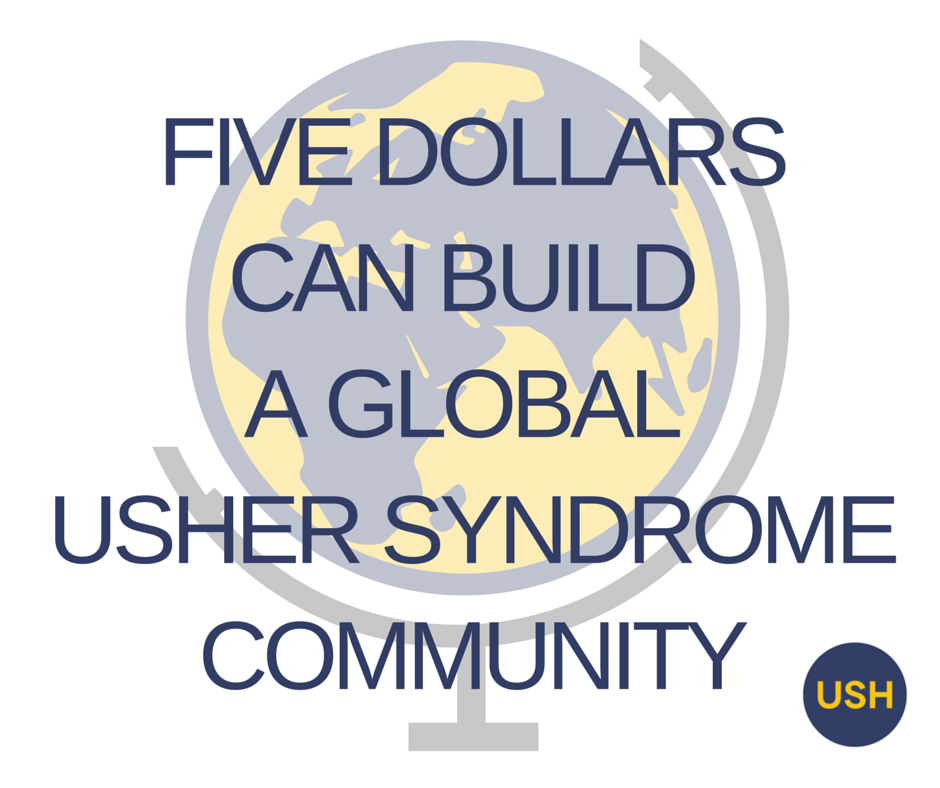 But there is a much better investment. The Usher Syndrome Coalition. Hang on, more math to follow.

Let me walk you through how those efforts, funded by your five dollars, translate in to $50 million a year.

That’s how the Usher Syndrome Coalition accelerates research. That’s the best way you can turn your $5 in to $50 million. It won’t be a $50 million check but we have every reason to believe that a combination of governmental agencies, science-driven philanthropic organizations, and biomedical companies will produce that $50 million we need annually. To make it happen, we need an Usher syndrome community, and to build that Usher syndrome community we need the Usher Syndrome Coalition.

So invest your $5 a week today. You can set up recurring withdrawals on our site. You’ll have to give up two slices of pizza or a venti mocha Frappucino a week but, hey, you’ll get treatments for Usher syndrome in return. And I’ll stop asking for money so unlike the lottery, everyone wins!