It had somehow been four years. Four years that roared down, leaden and wet, like monsoon rains that fill a barrel in minutes. Bella was just 13. Now she’s 17. The river is rising faster than I expected. Time is short.

The years between appointments are crowded with life, a jungle of school and work, laundry and dinner, hockey games and horse shows. The calendar is choked and strangled with responsibilities and commitments and cobwebs of laughter and tears, pride and embarrassment, victories and longings. Life, lush and green and beautiful and dangerous. 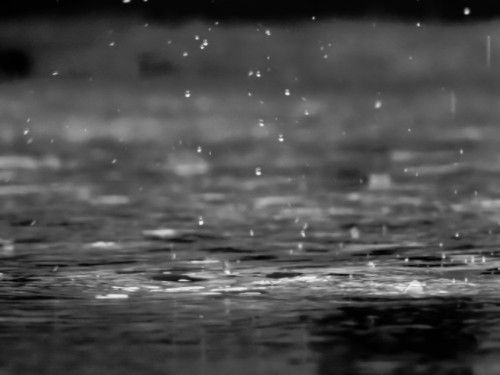 When my chest heaves with exertion, I try to consciously stop and take in the wonders around me. Bella has grown in to a young woman, beautiful and smart and funny. Jack is a vine growing by the foot, climbing past his mother and his sister. The smoke of divorce is now clearing. It is possible to see beauty again, to find each other again. The wounds are healing, slowly, though they require constant attention and care. We are settling in to a new normal, a fledgling forest sprouting in the burn.

Somewhere in the chaos, an appointment was missed. We didn’t get the every-other year report. Instead time shot past like a swollen river. Until the appointment finally snuck up on me, monster that it is, and dragged me by the ankles thrashing and screaming, like it always does, old normal or new.

In the four years Bella’s eyes did what Bella’s eyes do. They got worse. Four years worse. Were one to view the progress with a cold, clinical eye, the disease is progressing as expected. Her visual field has not so much contracted as it has torn. There are big holes now, like the jeans a junior in high school might wear. When Bella looks to the horizon, everything below her shoulders effectively disappears. To hand her a drink, a coat, the reins of her horse, requires lifting them to nose level. Below that, she doesn’t see. Below that Bella is blind.

While four years flew, four days went by sticky and slow, like a stifling night in July. The new normal is often separate and the day before the appointment I suffocated in loneliness. The apartment felt sparse, barren walls, small rooms like cells. I traced every line on the ceiling.

Depression is normal for me. I have learned how to keep it chained in the corner. Usually it just lays there, snoring loudly. Somedays it wanders about, glaring, but mostly it is under control. After the appointment, it barked and snapped at me for two days. In the wake of Bella’s results, it was expected. This is my normal. It’s been there my whole life. But in the new normal, I know that if I stare it down, if I don’t cower and hide under the bed, it will blow itself out, calm down, and go back to sleep, a tempest turned to a drizzle.

That is how she fends off the terror. It’s not so much denial as it is insistence that we accept the present as good. It is fine. She is fine. We are fine. She won’t allow us to think otherwise. And though I often wonder if she is just whistling past the graveyard she is so stoically rigid in her positivity that it’s hard to discern bluster from belief. She is fine because she insists she is fine and she insists she is fine because she is fine. It is her vision. It is her eyes. It is her future. Who am I to argue with her assessment? 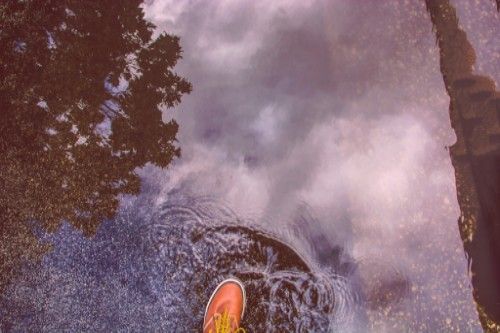 After all, I have stood in the rain. I have stood shivering, sopping, cursing the seconds. But I have also relished the rain. An enduring memory of Bella and Jack is a remnant hurricane, school cancelled, warm wind gusting, rain lashing. The front yard of our house was wide and open. There were no limbs to fall or wires to snap. It was grass, spongy and wet beneath our feet. We played football in bathing suits, sliding and diving in the mud, and stood, leaning, in to the soaking wind to clean off. Laughter and smiles mixed with a storm none of us wanted to end. We were soaked but we were fine because we chose to be fine.

Somehow that’s Bella and Usher. The wind blows, the rains drenches, and she roars right back, dances with the raindrops, soaks in the moment. The skies are dark, the weather is threatening, but Bella is fine. There is a new normal, but Bella is fine.