Failure Is Not An Option

I was reading the last post from our guest blogger, Elise, and I was struck by one sentence in particular. Referring to about her son’s diagnosis, she wrote “Two weeks later, he failed the hearing test again.” To explain why that particular phrase stuck with me, let me tell you three quick stories involving some other well-meaning, kind hearted people:

Anyway, she was telling me about a kid that just joined the program. The kid was almost three years old and had just been diagnosed as having hearing loss. Now, Massachusetts, our home state, has had newborn hearing screening in place for more than a decade. Kids with hearing loss should be identified in the hospital right after birth. Thankfully, it’s odd when a kid doesn’t get diagnosed until later. So Julia was incredulous.

“Why didn’t this kid fail the newborn hearing screen?” she wondered.

Story number 2: Got an e-mail from panicked mom. Her kids had just been diagnosed with Usher syndrome. They were older. Not quite teenagers. She had been asking doctors for years about her kids’ balance issues. Wasn’t it strange, she asked, that they have hearing loss AND balance issues? She was really beating herself up about not mentioning the night vision issues she suspected. Maybe that would have helped the doctors diagnose Usher syndrome earlier. But why would she mention it? She thought she had a definitive diagnosis. You see, years ago her kids had been genetically tested and they had passed. How come, she asked, didn’t they fail?

Story number 3: We’re working to develop questionnaires for the Usher syndrome registry. One we would like to develop is on hearing loss. We’ve been fortunate enough to have the assistance of the Otolaryngology staff at a leading children’s hospital helping us out. They are terrific, willing to share any knowledge and documents they have. One of their evaluation forms had a section on the newborn hearing screen. Did the child pass the newborn hearing screen, the form read, or fail.

Did you see the common element there?

Kids don’t FAIL newborn hearing exams, OK? This isn’t like a driver’s license test. No one applies for hearing, fails to study adequately, and is not awarded it. The doctor doesn’t sit in the chair beside the baby with a notepad and pencil deducting points. And no one FAILS a genetic test. The only way you could fail a genetic test was if you were an alien and somehow lacked DNA. 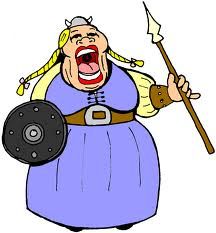 Look, maybe I’m overly sensitive to these things. I was told my daughter was a failure before she’d filled her first diaper. Straight out of the womb, she was chubby and could hit octaves that rattled the windows. Her destiny was obvious to me. She was going to be an opera singer. Within an hour of her birth, I knew she was bound for the stage. The only hard part was going to be the audition at Juilliard. But before I could even find the application online, I was told she had failed, failed the newborn hearing screen, failed without uttering a single note.

This terminology drives me nuts and, in my humble opinion, it does so with good reason. Failure implies finality, a definitive declaration. But in both cases, the newborn hearing screen and genetic testing, the test is just the beginning of the journey. It is completely counterproductive to put families in the state of mind that the game is over. Your kid can’t hear, that’s it. Turn in your paper at the door. Or, sorry, your genes aren’t ‘normal’. That was your one chance and you blew it.

Let me make clear that I am NOT upset with the people that used the f-word. I respect all of them and, certainly in the case of my wife, love them dearly. But there is a practical point to this rant. Both hearing loss and Usher syndrome are traumatic and foreign diagnoses for most people. They are shocked by them, staggered and stunned by them. And in both cases, families benefit from quickly addressing them. Kids with hearing loss that plan to use spoken language benefit most from access to sound and speech therapy at a young age. And people with Usher syndrome can benefit from mobility training and may be able to prolong their useful vision by quickly changing their diet and/or wearing sunglasses, among other things. In other words, post diagnosis, you need to act fast. We don’t want families sitting in stunned silence, like the losing team at the Super Bowl (a painful analogy for a Patriot fan, by the way).

So anything we can do to soften the blow of the diagnosis and get a family functioning again is beneficial. The first step to addressing the issues associated with hearing loss and Usher syndrome is accepting the diagnosis. When families accept who they are and no longer mourn what they aren’t, they move forward. That process can be accelerated, ever so slightly, by using better terminology when communicating test results.

What should you say? It’s pretty simple. For the newborn hearing screen: “The newborn hearing screen has indicated that your child should have more testing done on his/her hearing.” When the answer is definitive, “Your child has a profound, sensorineural hearing loss (or whatever the test indicate to the loss to be).” For Usher syndrome: “You have Usher syndrome type 2a (or, again, whatever the test indicates).”

Those statements should be followed by all the things you should do next. Contact Early Intervention, see another specialist, or any number of other things. Also include the list of things that the kid with hearing loss or the person with Usher syndrome can’t do. I’ll help you out. It’s a short list. NOTHING!

As it turns out, my daughter really isn’t going to be an opera singer. She will not be going to Julliard. But that’s not because she has Usher syndrome and hearing loss. No, she’s not going to Julliard because she prefers barns over auditoriums, muddy stalls over concert halls. She likes to sing and even sang in the school chorus for a couple of years. She learned a couple of things from the experience: She’s a lousy singer who hates opera. Like Usher, she probably got those genes from me.