Part of the challenge in working out treatments for RP is that the clock is always ticking. While researchers and clinicians work like mad to figure out the mechanisms of different genetic disorders, our patients are steadily losing retinal cells. We already know that gene-specific therapies are useless if the cell population to which they are targeted is no longer viable. More recently, several research groups have shown that even cell replacement or other types of therapies work better in retinas that are minimally degenerated, and where the retinal architecture remains intact. As a result, research has been heavily focused on how to maintain cells, even when they’re not working properly due to a genetic defect. The primary goal is to preserve as much vision as possible for as long as possible, and the secondary goal is to maintain as much of a healthy retina as possible to buy time until a more targeted treatment becomes available. The name of the game is survival.

A few years ago, the most promising avenue for addressing this research goal was to introduce molecules into the retina that would promote cell growth and health. These trials haven’t yet panned out to the extent that it was hoped, and now additional and more recent efforts at cell protection have been focused on boosting the cell’s ability to deal with sub-optimal conditions. Whatever the primary cause of retinal degeneration, one common secondary event that happens in ailing photoreceptors is the activation of oxidative stress pathways. 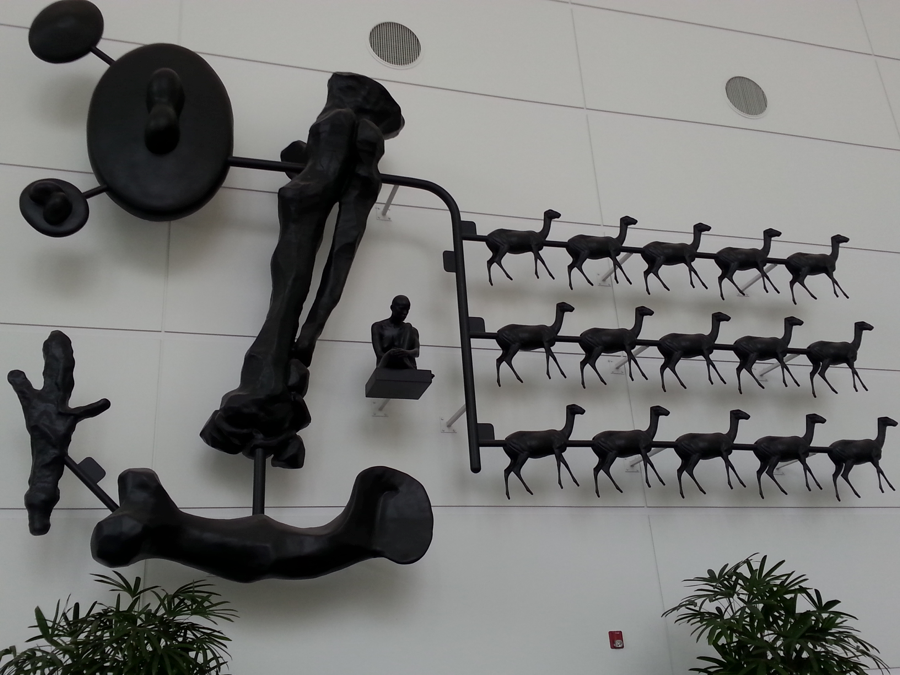 “What the heck is an oxidative stress pathway?” you might be wondering. In basic terms, all cells have a complicated system to balance out the multitude of chemical reactions that occur within at any given time. Environmental and genetic conditions can sometimes throw this balancing system out of whack and cause an overabundance of oxygen molecules, left over from various chemical reactions, to populate the cellular environment. The chemical construction of these oxygen molecules makes them particularly prone to interact with other functional molecules in the cell, and for this reason they are called ‘reactive oxygen species’ or ROS. Their habit of indiscriminately sticking to other things can be pretty destructive if left unchecked, not unlike the potentially damaging result of releasing a bucketful of little magnets into a car engine. Fortunately, most of the time, the cell has a way of dealing with an excess of ROS before the damage progresses too far:  a cascade of molecular actions that constitute the oxidative stress pathway, which employs a number of countermeasures that are collectively termed “antioxidants”.

Because of the way they function (light exposure, lots of dynamic conversion of molecules from one form to another, etc. etc.), photoreceptors already have to deal with a considerable load of ROS, even when the system is working perfectly. When photoreceptor function is impaired in some primary way (like a genetic defect), sometimes the ROS can get an edge on the normal antioxidant function, and cellular damage can occur. That brings us back around to the research goal of helping genetically compromised cells survive as long as possible, and one measure that seems very promising in that regard lies in treating the symptom of oxidative stress with antioxidants.

Antioxidant-containing dietary supplements have been recommended for eye health, and specifically to protect against age-related macular degeneration, for the past several years. However, in the recent research, antioxidant treatment is more targeted, using gene therapy delivered directly into the retina of animal models. In these cases, the genes delivered are encoded molecules that interact directly with ROS, or genes that encode the control switches to activate several such direct interacting molecules. The gene therapy trials in animals reported to date have shown that some antioxidant genes are more effective than others in forestalling retinal damage due to ROS, and a few actually make matters worse, which is certainly valuable to know. Additionally, several different groups have demonstrated that the most effective treatments do seem to have a significant protective effect on photoreceptor degeneration, whether it’s caused by a genetic mutation or by environmental stress.

Time—and more testing—will tell whether this treatment method is appropriate for different kinds of RP, but these early trials are promising indeed. Whatever the method, promoting cell survival in a retina prone to degeneration will be a key component of any treatment going forward.

Check back tomorrow for the Day 4 update, and please contact me with any questions.