I'm going to walk close to science content here and that's dangerous. Jennifer is the one that deals in facts. I make it up as I go. She proofread this for me and I could hear her tsk-tsking from the other side of the country. It felt like I was back in college (cite your sources!) Still, I get a lot of questions from families about diet and its effect on the progression of Usher syndrome so it's worth discussing. It is something that intrigues a lot of researchers, but to date there has been little research done on the effect of diet on Usher syndrome. However, that does not mean that we are without some ideas on how to improve and/or prolong vision through diet. So I'll take some time today to discuss some of the dietary changes that some doctors and researchers believe might help slow the progression of Usher syndrome.

Did you catch that last sentence with words like 'some' and 'might' and 'believe?' Jennifer will discuss the science behind some of this in later posts, but none of it, repeat NONE of it is proven to prolong vision in people with Usher syndrome. That does not mean diet can't help Usher syndrome patients, it just means it is not proven to help Usher syndrome patients. Take what you get here to your doctor and ask about it. Then decide what is best for you and your family. That reminds me, before I go any further, let me lay down some rules:

Check with a physician before changing your diet. In other words, I am not to be trusted. I am not a dietician. I am not a physician. As I have stated many times in the past, I am a well informed parent, nothing more. Even seemingly inert changes to diet can cause an individual great problems. The benefits for Usher syndrome patients of diet changes are still largely hypothetical, whereas the potential for compounding certain other medical problems by increasing intake of some vitamins is quite well documented. Check with a doctor first.

Diet, not supplementation. What I'm discussing here is diet, not supplementation. I'm talking about eating foods high in a certain vitamin or nutrient, not taking the vitamin or nutrient as a supplement. This is an important distinction. It is much more difficult to eat a diet that might reach dangerous levels of a particular vitamin (imagine eating 3 cups of carrots in a meal, for instance). It is not so hard to do so when taking that vitamin in the form of a supplement.

A second concern around supplementation is that not all supplements come from the same source. Take DHA, for example. It can come from fish and it can come from plants. Some supplements are one or the other, some combine the two sources. If you are allergic to, say, fish, there is little chance you'll eat a serving of it. It's not as easy to be sure when it comes to supplements. A person who is allergic to fish (or nuts, or flaxseed, or, well, anything) should not take any supplement without checking with a physician first. Even if you have no known allergies, it's still a good idea to talk to your doctor before taking any supplementation.

A balanced diet is important. Just because certain vitamins or nutrients might help with vision doesn't mean they should be the only thing in your diet. First off, if you try to eat fish with every meal, you'll tire of it quickly and stop eating it. But even if you could stomach it, fish does not contain all the nutrients and vitamins you need to function. Depriving your body of any nutrients will make you feel lousy and can cause severe medical conditions (remember scurvy from history class?) We're not trying to save vision at the expense of quality of life. You can eat a balanced diet while still favoring foods that might help vision.

Figure 1: Me as a child. OK, it's not really me but I'm sure my mother has a similar picture someplace.

So what foods are we talking about, specifically? Well, if you're the average five year old, write a list of your least favorite foods. That's the list. OK, so it's not quite that bad, but it's close. Here are some of the dietary changes that may help prolong vision in people with Usher.

Vitamin A
This is by far the most researched and most controversial dietary recommendation. A long-term study of vitamin A has shown enough promise as a treatment for retinitis pigmentosa that the National Eye Institute endorses it . Many physicians prescribe vitamin A palmatate (which is a vitamin supplement) to people with retinitis pigmentosa and those with Usher syndrome in particular.

Figure 3: Salmon is a good source of DHA

Docosahexaenoic Acid (DHA)
Who's up for a heaping helping of Docosahexaenoic Acid? Mmmm. Actually, it's not that bad. DHA is an omega-3 fatty acid most common in fish. DHA as part of a diet appears to enhance the effects of vitamin A as a treatment for retinitis pigmentosa. It is still not known if DHA in supplement form helps. This study on DHA supplements (supplements, not diet) seems to indicate that they do not.

It is usually recommended that if you plan to maintain a diet high in vitamin A or if you are taking vitamin A palmatate, that you also maintain a diet high in DHA. What's high? Well, a 3 oz serving of salmon, or about the size of a deck of cards, twice a week is considered about the right amount. That's not so bad, unless you are seven years old and only willingly eat Happy Meals and processed chicken chunks shaped like dinosaurs. Oily fish is the most common source of DHA, but here's a web site with a full list of sources.

Vitamin E
It is recommended that people trying to take advantage of the benefits of vitamin A avoid foods high in vitamin E. These are contraindicated, meaning you should not take vitamin E if you are taking vitamin A. But remember rule number 3 above: eat a balanced diet. You do want vitamin E in your diet. You just want to stay more toward the minimal daily requirement than toward the maximum. Vitamin E is found in a lot of things, but people get it mostly from nuts (peanut butter is a big one for kids). Here's a link with vitamin E sources.

Figure 4: Strong to the finish because he eats his lutein.

Lutein
Lutein is believed to help the macula, particularly the macular pigment. The macular pigment protects the macula from the effects of blue light. As I've mentioned in the past, exposure to such light is suspected of increasing the rate of vision loss in people with Usher (hence the frequent prescription of sunglasses). So eating something that might limit the effects of light is a good thing. But, again, lutein is not a kid friendly food. It's mostly found in green leafy vegetables like spinach, broccoli, kale, and turnips. Not exactly the stuff the Chuck E Cheese menu is made of. Corn is also on the list and eggs, and tomatoes, and peppers. Hey, make a pizza! Eat it with healthy oil, too, because lutein is fat-soluble. 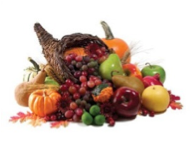 Other Antioxidants
Every substance I've discussed so far, except for DHA, is considered an antioxidant. Vitamin A, Vitamin E, and Lutein just happen to be those with the most documented benefits. Antioxidants in general are considered good for health. They are known to help prevent heart disease and reduce blood pressure. They are also believed to have a positive effect on vision although, as with everything else listed above, there are not studies clearly stating they improve the vision condition in Usher patients.

Antioxidant is actually an umbrella term for any substance that reduces damage due to oxygen. So this category is little redundant and broad, but that also makes it easier to find good foods that you and/or a child might actually want to eat. Things like berries, red grapes, and tomatoes are full of antioxidants. The rule of thumb is that bright foods have lots of antioxidants. That means naturally bright foods. We're not talking about gummy bears and circus peanuts. Here's a site with a list of foods high in antioxidants.

I'll leave you with two things. First, remember that I am not to be trusted. Talk to your doctor before deciding to radically change your diet especially with things like vitamin A that can be toxic in high levels.

Second, eating food that is healthy for you in moderation is never a bad thing. It can especially help your mood when dealing with Usher syndrome. We all feel helpless at times in the face of this condition. It's nice to think that you may be able to gain some control over the condition simply by eating the right foods. All the foods discussed above are good for you and a balanced diet that includes them will make you feel better. On that I can be trusted.

Try to remember that last part when you're eating your sardines and spinach.