Coming to Grips with Ushers | Own the Equinox, Day 21

About Danay: My name is Danay Trest and I’m from Brandon, Mississippi. I have the desire for society to know and learn "What is Usher syndrome". I'm challenged daily from sun up till sun down. Going deaf/blind isn’t easy but I'm not done yet! 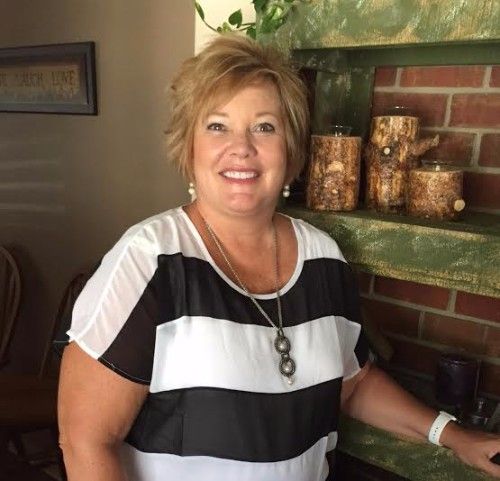 I was born hearing impaired and have been wearing a hearing aid since I was five years old. I learned I had Usher syndrome (USH) when I was 32. I was working, married with two children and was determined to continue on as I had been and deal with the consequences as they arise. A year later, I had my third child.  I was a busy wife and mom working nonstop. There were several health issues along the way, but I dealt with them and moved on.

I was diagnosed with breast cancer in December of 2010. Mid-summer of 2011 I began to say to myself, “I don't feel I can continue doing what I'm doing at my job. My children are now adults and pretty much on their own. Struggling to hear and see in addition to my daily job tasks is taking a toll on me mentally, emotionally and physically”. I had health issues right and left and many sleepless nights. I said to myself, "I've got to focus on me, get myself together and take care of me." I never gave myself a break with all the obstacles that hit me during my adult life. With the support of my husband, I retired in January of 2012.

I made a video called "Coming to Grips with Ushers" in March 2015. It's an emotional, lengthy video but I released some internal feelings saying how I felt. It was therapeutic for me emphasizing, "Imagine slowly going deaf/blind and what would be the last sight or sound you would want to see or hear". I discovered that I'm tired of hiding my diagnosis. I'm tired of trying to appear normal with my sight and hearing in public. I'm just plain TIRED. The “Take 5 Another 5” video was my breaking point.

I've since reached out to several places, making them aware that I will volunteer my services wherever needed. I want to feel useful, but most of all I want to give back and reach out to those with needs similar to mine. I reached out to Krista at the Usher Syndrome Coalition, telling her "I'm here, what can I do?"

I've gained a new friend, Mani Iyer, who developed and maintains the registry database for the Usher Syndrome Coalition. It's so much easier to talk with someone who has the same diagnosis. Mani truly understands what we call "USH Moments". We have stayed connected ever since and we plan to meet each other in person someday soon.

I started a public Usher Syndrome Challenge Facebook page that I may blog or comment on a couple times a day, once daily or every now and then when I feel it’s appropriate. I quit driving and began using a cane in March. I currently struggle with depression. I grieve the loss of my total independence, and suffer occasional anxiety and isolation. Besides trying to get myself together, my newfound passion and endeavor is to spread awareness about Usher syndrome.

I embrace using my cane, even though I have yet to see another person with a cane out in public. I miss not being able to get in the car and go when and where I want to go on my own. This is my biggest challenge in my life at present. Asking for help in means of transportation is DRIVING me crazy. I'm searching for nearby people affected with Usher or retinitis pigmentosa (RP) or those that are deaf/blind. I'm most grateful and appreciate the opportunity to share my story on this blog in honor of this awesome awareness event. The first ever Usher Syndrome Awareness Day is being held on September 19th and we will Own the Equinox. #USHEQX

I'm feeling pretty special, for in my heart I’m doing all I can to make Usher syndrome known around the world. Thank you for reading my story and I hope you'll share it. If you ever meet someone with Usher/RP and they need someone to talk to, send them my way. My email is take5another5@gmail.com. Follow, Like or Share my "Usher Syndrome Challenge" Facebook page and on Twitter @take5another5.

I'm a fighter, I'm not giving up, I'm keeping on, I’m staying strong and above all I have FAITH, I PRAY and I BELIEVE!