An Education in Washington D.C. Part I: We Need the Money 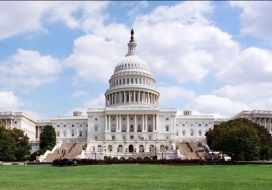 In 2012, ALS received $44 million in funding from the National Institutes of Health. Usher syndrome is not listed on the report for categorical spending. However, depending on how you look at it, Usher syndrome received between $2 million and $6 million in funding from NIH. That’s somewhere 5-15% of the investment made in ALS which, again, impacts a similar number of people.

The Foundation Fighting Blindness (FFB) is the largest private funder of vision research with research investment about two and half times that of the ALS Association ($21 million). But the FFB provides funding for lots of different diseases. It’s hard to put a number on their Usher syndrome research investment because some of the overarching research they do would impact people with Usher as well, but about 10% of their total investment directly helps people with Usher. That’s about $2 million per year. So all totaled using best case numbers, Usher syndrome receives about half the private funding that ALS receives.

Add it all together and it’s not pretty. ALS affects about the same number of people as Usher yet Usher receives less than 20% of the research dollars. And remember, that’s erring on the high side. It’s probably less.

To be clear, this is not to say that Usher syndrome deserves some of the funding currently earmarked for ALS. That investment in ALS should continue. In fact, they should probably be receiving a lot more. The point is simply that Usher syndrome is really far behind similarly rare diseases in funding.

This problem can be addressed in two ways. We can increase private funding and/or we can increase public funding. Increasing private funding is difficult, however, given the nature of the Usher syndrome. The big problem with Usher syndrome is social isolation. It’s harder to communicate, harder to get around, harder to maintain relationships. Those things are exactly the things you need to do well to fund raise. Worse still, Usher syndrome has a very big impact on employment. Deafblind people have an 82% unemployment rate. People in the Usher community are not exactly sitting on excess cash. And those that do have excess cash often rightfully choose to save it for a time in the future when they or their loved ones may not be able to work any longer. So increasing private funding for Usher syndrome is going to be a tough climb.

This is no easy task. We’re one of thousands of diseases that need more investment (and that includes ALS). It’s hard to justify taking investment from another disease to put it toward Usher syndrome. The easiest solution would be to get more funding for NIH. That would create a bigger pool and would allow an increase in Usher syndrome research while not taking away from other diseases.

Unfortunately, exactly the opposite is happening. The amount of money budgeted for NIH has dropped 22% (when you factor inflation) since 2003. We need to change that but, as you’ll see in later posts, it isn’t going to be easy. Yet even with the current budget at NIH there is still money available that could be directed to Usher syndrome research in a way that would not take away from other diseases. NIH has a $30 billion annual budget. An increase in Usher syndrome research funding of, say, $30 million would be 1/10 of 1% of the budget. We’re not asking for a monumental budgetary change here. It can be done.

In short, we need more federal funding for Usher syndrome and the funding is there to make it happen in a way that doesn’t severely impact the current research being done on other rare diseases. It’s not going to be easy to make this happen, but hey, nothing with Usher syndrome is ever easy. We’re used to these challenges. What’s one more?

In my next post I’ll write about the process for affecting change in Washington D.C and the progress we have made to date.