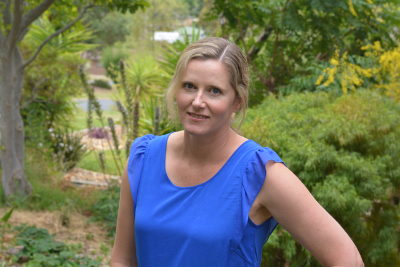 I heard the bell. Doors swung open and little children emerged with footsteps pitter-pattering on the concrete swept along with laughter and squeals. School was out for lunch, and just as suddenly as the quiet suburban street became a bustle of activity, an ache that began in my wrist, shot up my arm and across my shoulders, just as my head began to throb.

“What am I doing wrong?” I wondered, folding up my white cane a few steps later, unable to correct my technique when I couldn’t work out what I was doing wrong. Not one more moment could I tap, the tension in my body was excruciating. Earlier it had been fine, and then I heard the bell.

Passing along the length of the school playground, the realization crept over me and slowly I began to weep. What was wrong? Listening to the sounds of school children, I had been transported back to the first bell I heard when I moved to this town. I was the new girl in school, the new DEAF girl, and a bully decided to tease me on the very first day, before I had any friends to stand up for me. Alone I stood as she circled me after the bell rang. ‘Can you hear me?’ she mocked, ‘can you hear me?’

Yes, I could hear her, and I was shocked at how quickly news had spread about the new deaf girl. Humiliated, I looked down, not knowing what to do, what to say. Desperately holding back tears, not wanting to cry. Not on my first day. At my old school no one would dare tease me, if they did, my friends had my back. Here? I was on my own, shocked, humiliated and alone.

From that day, I did whatever I could to hide both my hearing impairment, and later when diagnosed with RP, my vision impairment too. I never wanted to feel like that again.

I knew what was wrong, then, thirty-five years later, and I was sad. Sad and mad, that one girl so long ago could cause me to fear appearing different near a school. The ache that began in my wrist, and ended with me putting my cane away, was caused by nervousness. I had stiffened with fear. Scared of being teased, like I was all that time ago.

“It’s wrong,” I thought as I wept. “It’s wrong that one girl, a kid, can have such control over how I have lived my life forever more.” I was sad, and I was mad. To feel I had to hide, and therefore, to feel so alone? That made me sad and so mad.

That was six months ago, during the Own the Equinox campaign, when I came out with my two disabilities. And I haven’t used my cane since.

You may remember the last words I shared with you here in my post, Crossroad.

“I know I need to take the right path for the Usher family. I may not know anyone ahead, but many of you know me. I will put my hand up to go first. For us.”

I took my time, as I thought I might, but then this year I did leave the crossroads, and I did take the right path, along which I now stride confidently but still unsure of my destination.

“Weren’t you nervous?” a friend asked after witnessing the filming of two short but live broadcasts from my house to five hundred thousand television viewers. I had been so excited off air, jumping around and dancing as we waited for each live cross. As the final seconds were counted back until we were live, I settled and focused, remaining surprisingly composed and calm during each live cross.

“Being nervous wasn’t an option,” I replied. “I’m not just doing this for me, but for everyone with Usher syndrome.”

I had also written in my last post, “I will inspire, motivate, and lead the way.” Being nervous was the last thing on my mind.

The right way for me to be when I finally left that crossroad was open, honest and no longer hiding the real me.

Through my project ‘Sunsets for Kate’ my story has been shared over and over. It’s been online, in magazines and newspapers (three times in just as many weeks on the front page), television news and was even shared over five nights during the weather forecast, which led to the live broadcast from my house. (I will admit, when the famous weatherman rang and nicknamed me ‘Colossal Kate’, saying ‘we are packing up our cameras and satellite and coming to you!’ I will admit, perhaps there were a few nerves.)

With all this exposure, I can no longer hide. And that feels good. It’s freeing. It’s like my invisibility mask has been ripped off, and I hope, being open and honest, sharing my story means I am no longer just the girl who is hearing impaired, vision impaired, and going blind. My story is now also known. The sky-high bits as well as the incredible lows. 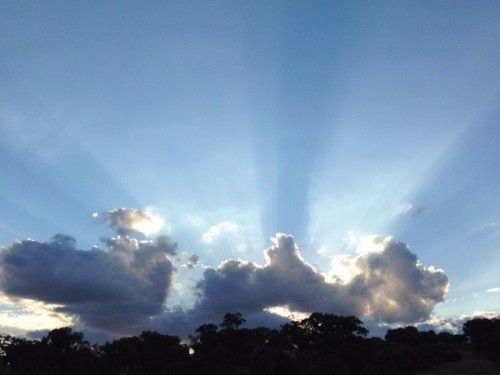 If you have seen ‘Sunsets for Kate’, you will know I put out a call for sunsets, so I can see a lifetime of sunsets in the lifetime of my sight. Well, that is what everyone thinks it is about. Don’t get me wrong, the sunsets, the thousands and thousands of sunsets and messages for me have reduced me to tears time and time again. But between you and me, the truth is I am motivated to be brave and courageous in order to inspire, to use my impending blindness to open the eyes of others. Hopefully this project is a reminder that our sight is precious and that life is never too busy to press pause, look around, and appreciate the beauty in all we see. So many across the world now stop what they are doing and take the time to watch the sun set (or the sun rise), admiring the beauty and color on show. And that pleases me. And while doing so, many think of me. And that makes my heart skip a beat.

But I also hope I have inspired others to speak up and let others know their story. I kept my story to myself for a very long time, and have felt so very alone because of it. I let one girl make me shut out the world. I wish I knew then that there was a whole world of others that I could count on. I wish I knew then to let others in my story, because now I do have a whole world of others thinking of me, feeling for me, sharing my story with me. And that pleases me.

As I said in one interview, I know many of you with Usher syndrome feel alone and lost. And I hope through ‘Sunsets for Kate’ you can see, if you put out the call, others will have your back too.

Finally. Thank you. To everyone, just thank you.

Footnote: Sunsets for Kate is a project for us all. To date, I have received over 4,500 images and still they come.

To see them, the best place to look is #sunsetsforkate on Instagram.