Overcoming the Obstacles | Own the Equinox, Day 3 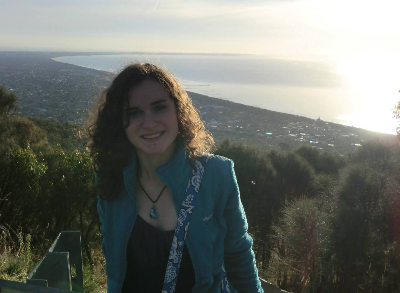 Jessica Chaikof has Usher Type 1F and is a rising sophomore at Wheaton College in Norton, Massachusetts. She is intending to major in chemistry with the hope of going into teaching at the high school or college level. At the age of fifteen months in May of 1996, she received her first cochlear implant and was the youngest child in the country to be implanted at the time. In May of 2004, Jessica went bilateral and was diagnosed with Usher syndrome about two years later. Despite the Usher diagnosis, Jessica refuses to let anything stop her. She has been to Australia, England, Germany, Poland, and other parts of Europe. Like any other young adult, she loves Harry Potter and Doctor Who. Her hobbies include 3-D art, such as origami and ceramics, reading, traveling, and writing.​

Every single day a person with Usher Syndrome faces numerous obstacles, such as getting to places, seeing at night, or hearing his or her friend in a noisy situation. These challenges are tiring and frustrating. As somebody, who has Usher Syndrome Type 1, I face this long and winding ladder that presents itself with hurdles that attempt to interfere with my life. As I climb up the ladder, each step contains an obstacle that attempts to prevent me from going up to the next level. With perseverance and determination, I am able to overcome these obstacles. There is no denying that they are exhausting to deal with at times. During more than one occasion, I have felt that I just wanted to sit down and do nothing. As they always say, “The show must go on!” Therefore, life must go on because you cannot stop living, even though you are worn-out from dealing with the challenges that Usher Syndrome presents.

About nine to ten years ago, my mom took Rachel and me to our annual eye doctor appointment. I was only eleven years old and was bored to tears, so I spent most of the appointment focused on my Gameboy. Suddenly, I noticed a change in the tone of voices and the environment. My sister started to cry, and my mom called my dad telling him to come over to the office immediately. In less than five minutes, the door opened and my dad came rushing in. Afterwards, they sent my sister to a retinal specialist, who confirmed the Usher Syndrome diagnosis, and a month later, after genetic testing, I received the same diagnosis. As much of a cliché as it sounds, on that day our lives changed forever. 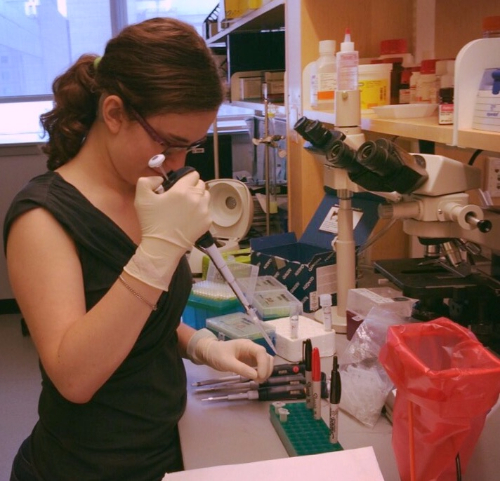 I am a sophomore at Wheaton College in Norton, MA, with hopes of majoring in chemistry. Whenever I understand a new concept in chemistry, I feel right at home. One of my favorite experiments that I performed in chemistry was extracting caffeine from fresh brewed coffee. While the experiment was a three-stage process, the result in the end was worth it because I got to see caffeine as an individual molecule. While I have retained most of my day vision, I still struggle with seeing. This year my chemistry classes took place in a large lecture hall that had blackboards. Whenever you erase something on a blackboard, the smudge of chalk still remains, and also the boards are not cleaned until the end of the day. One day in chemistry class, my professor was going over some problems on the board when I realized I could not see in despite of the fact I sat in the front. All I could see was a large white cloud of smudge from the chalk. I raised my hand and said to my professor that I could not see. My professor was well aware of my disease; she tried changing the chalk to a slightly darker color. Unfortunately, that did not work, so instead I decided to move closer. Throughout the entire semester, the problem continued to persist. Often I would receive questioning looks from my classmates when I had to move closer because they were not aware of my disease.

Seeing the blackboard is one of the many struggles that I deal with on a daily basis. In lab, you have to measure different chemicals in order to preform the experiment. In order to successfully perform an experiment, you must measure everything as accurately as possible. When someone tells me to pour fifteen milliliters of hexane, I’ll think that I did it correctly. However, there is a concave (a dip), so instead of pouring fifteen I had poured thirteen or fourteen. No matter how small of a difference, it can still affect your experiment by giving you inaccurate data results. More than anything, I want to major in chemistry, and Usher Syndrome will not change that. However, it may cause a change in my career path.

Living with Usher Syndrome has not been easy for me. Often I feel that I lack independence because I cannot drive. Whenever I want to hang out with a friend, who is at least twenty minutes away, I have to ask my parents before I can confirm. While it may seem minor to some people, for me it feels like a big deal. I am twenty years old and feel that I should be able to at least have some form of independence. If I could drive, I would be able to say to my friend that I can hang out, and all I would have to do is let my parents know. Unfortunately, that is not the case, and though I may be independent on my college campus during the school year, I still would like to have a little more independence.

So few people are aware of the existence of Usher Syndrome, and, in its early stages, it’s an invisible disease to others. That’s why the first Usher Syndrome Awareness Day on September 19th is so important. Usher Syndrome affects 45,000 people in the United States and so deserves to be recognized and supported. It is the leading cause of deaf blindness, and the fight to save the vision of those affected has not ended but has only just begun.