Continuing the Discussion on Animal Research: A Scientist's Perspective

I am an animal lover. I make cozy little shoebox homes for the injured birds that regularly smack into our picture windows. I carry spiders, beetles, moths and most other critters who find their way into my house outside, rather than smashing them. A happy, well-fed Golden Retriever is resting her head on my lap as I type this. I have a profound appreciation for life in all its forms. I am also a scientist who uses a vertebrate animal as a model for learning about human disease. Every day of the week, small, aquatic organisms live, reproduce, and die at my command. 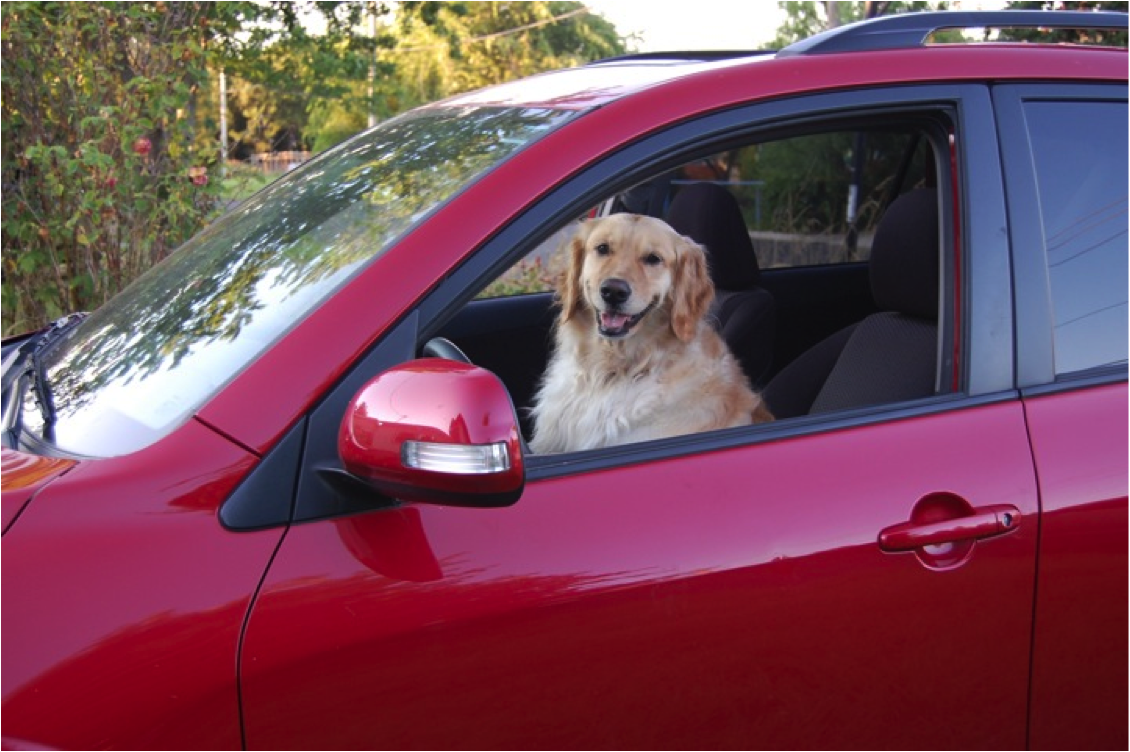 Figure 1: The author's dog, in the driver's seat as usual

Reading that last sentence might engender any number of emotions in you. You may feel dislike or disgust at what I do. You may question my ethics, my decency, or my morality. You may be grateful for the information that results from my use of non-human animals. You may feel some measure of all these emotions, and more. And you may wonder how I do it. How does someone who professes to love animals accept that a large part of their field of study relies upon the sacrifice of animals?

This blog post is a follow-up to my esteemed co-blogger’s foray into the question of ethics in animal research. I’d encourage you to read the whole thing, if you haven’t already, but in summary, Mark presents the ethical conundrum he faces as a parent of a child who could benefit from ongoing animal research. He admits to being “torn on the whole animal testing thing”, and to a natural tendency to ignore the fact that it occurs at all. In recognizing the importance of addressing the issue, Mark calls for a “calm, rational discussion about it among those of us that benefit from it, the researchers who work with animals, and animal welfare groups.”

I’m glad that Mark broached this topic, as it’s a very important one to consider from the perspective of a ‘consumer’. Just as you might concern yourself with whether the meat your family consumes was treated humanely while it was ‘on the hoof’, it’s sensible to explore the ethics of animal research undertaken to improve human health—not just Usher syndrome, but everything: longevity, cancer, heart disease, obesity, whatever. If you can think of it, there’s probably an animal model for studying it.

I wholeheartedly agree that animal welfare should be of paramount concern to any researcher even considering the use of model organisms. In fact, I don’t know a single researcher who would disagree with that assessment. At my institution, extensive, animal-specific training is required for all researchers who use animals in their studies. We have an entire wing full of veterinarians and trained animal care specialists to make sure every researcher here has the support and resources to conduct their experiments ethically. Careful accounting is made of each animal, ample justification must be given for each experiment involving animals, and great care is taken in making sure that the facilities that house these animals are designed for maximum comfort, quality of life, and diminishment of suffering in the broadest interpretable sense. Lest you think this is just some innovative glimmer of humanity unique to the University of Oregon, it’s actually federally mandated policy. Each institution must comply, with heavy oversight, with these extensive regulations. There are frequent tours and inspections, and recommendations for improvement must be acted upon promptly. The cost of noncompliance is the revocation of all federal funding. Let me be clear on that: It would not matter how close a research group was to a groundbreaking new medical miracle. If they were in violation of animal use guidelines, the money would be yanked and the research shut down until compliance was restored.

But it’s not only about funding. Even if there were no penalties for misuse, the vast majority of researchers would make every effort to ensure the health and welfare of their research animals. Why? Because distressed, unhealthy animals make for lousy data. As we’ve discussed previously, even small variations in the genetic backgrounds of laboratory animals can make significant differences in experimental outcomes. Imagine the variability that could be introduced by sickness or stress. Irrespective of the ethics, it’s just bad science.

I completely understand that there is an inherent ethical conflict in someone who loves animals, who values kindness and nonviolence, and at the same time is complicit in the deaths of research animals. I am that person. I live that conflict. I am able to resolve it because I know that there are no current alternatives to animal models that will help me, and thousands of other scientists the world over, do the experiments that will lead us to a better understanding of how certain diseases progress and how to combat them. And I am not alone in this. I have personally met and spoken to hundreds of scientists who experiment on animals, and not a single one of them so far has been a heartless sociopath. In fact, most of them tend to be extremely compassionate where animals are concerned. Many are active in their local raptor recovery centers, animal shelters, and wildlife preservation efforts. Most are pet owners. Most, like me, have a deep appreciation for life that often approaches awe.

Obviously I can’t claim to represent 100% of all animal researchers, but I can, and do, claim to speak for the majority here. As individuals, we have an innate respect for life and the desire to conduct our experiments ethically. As professionals within our respective institutions, we willingly comply with the provisions put in place by animal care experts to safeguard the welfare of our research animals and the quality of our experimental data.

The thing I want to stress here is that all of these measures have been mandated and motivated within the research field. Major improvements to our awareness and consideration of animal welfare have happened over the years, but the vast majority have taken place due to the recommendations of research scientists, veterinarians, and bioethicists, not due to any external pressure from animal rights groups. Input from animal welfare advocates outside of the above disciplines is appreciated, and spokespeople from these groups are often invited to sit on committees discussing ethical animal research practices, but the perception that private animal welfare groups have been a major driver of policy change in the field of animal research is simply inaccurate.

If I sound a little defensive here, I apologize, but the image of the evil, morally bankrupt, mad scientist is a pervasive one in our culture, and one that many animal rights groups have exploited to the fullest. This is why, as much as I know how benevolent Mark’s intentions are, I get ever so slightly rankled when he opines that “It would be great if the debate on this issue was taken out of the hands of extremists on both sides.” On the face of it, ‘loonies on the fringes, calm, rational people in the middle’ sounds like a fine approach. But by insinuating the existence of extremists on the animal research advocacy side of the spectrum, Mark falls prey to that ‘mad scientist’ stereotype, and I just can’t let that go unchallenged.

Mark has called for a calm rational discussion about the topic, so let’s have one. In the interest of having the most informed discussion possible, I have produced the above post from the researcher’s perspective. In my next post(s), I will give a bit of background about the history of ethics in animal research and the influence and activities of various animal rights groups. As always, I would welcome your comments.